What Makes Particles so Good For Summer Carp Fishing...

There is no doubting the effectiveness of particles as a bait, I have used them for as long as I can remember in some form or another and like many anglers out there, prepare my own with a few hints and tweaks. Although, the particle element of my angling doesn’t take hold until the summer months or after the carp have spawned, up until now they have received a lot of angling pressure and have seen many tactics, including the typical bright hookbaits and boilie approach. For me, this period at the back end of summer, going into early autumn is the real ‘hot time’ for particle fishing, the carp simply cannot get enough of them and throughout this feature, I will highlight the whys and what’s of my own approach.

How many times have you noticed a venue go very quiet during the summer months, as if the fish have switched off feeding and doing very few bites? It is a common instance on many lakes, but in reality, they are still feeding but may have switched onto naturals/ hatches, completely avoiding anglers’ baits. It is at this time when particles can be very effective, especially those that closely mimic naturals, such as hemp, buckwheat and tigers. These baits not only have that natural ‘crunch’ factor, but they are closely mimic naturals in appearance; especially snails and other small food items the carp switch onto! 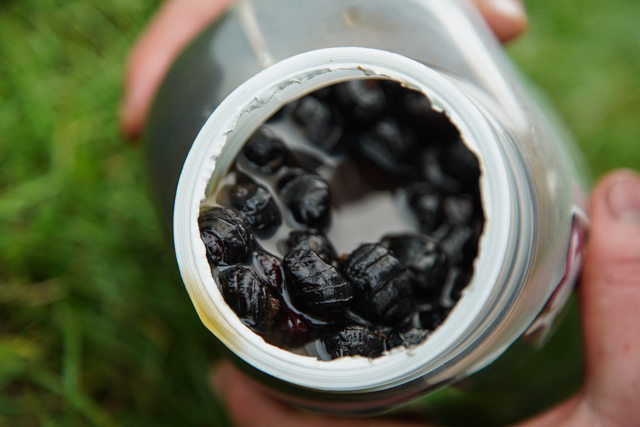 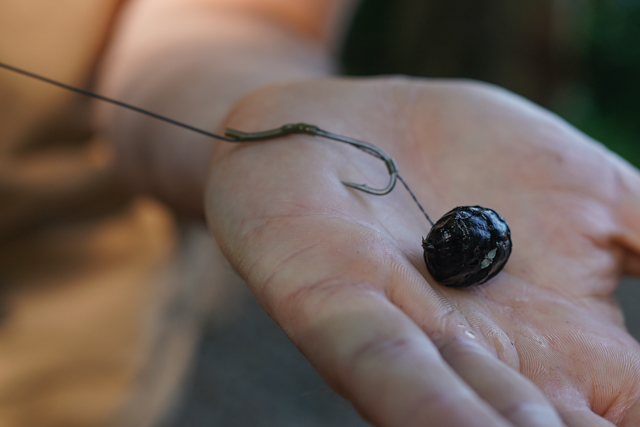 Another very interesting factor when it comes to particles is that crunch and the sound it creates, believe it or not! I have watched back go- pro footage of carp eating bait and you can hear them crunching away! This, in turn, like many other noises found in the wild, attracts more carp in to investigate. Quite often, a large bed of hempseed will create some noise when you have a number of carp feeding on it at one time- interesting aye?! 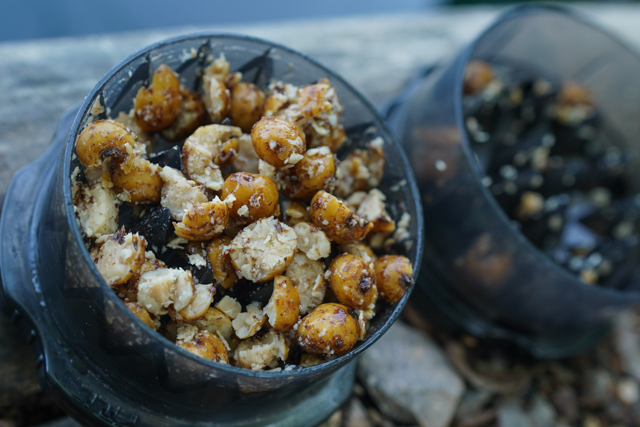 I think an important factor is thinking about the contrast particles provide on the lakebed- take for example black and traditional golden tigers. The golden variety work very well over weed, standing out against the often black/ dense silkweed on the lakebed. Whereas, the black tiger variety contrast well over silt/ sandy lakebeds… It is surprising the difference it can often make by just changing from a golden tiger to a black tiger, as if by magic at times, the switch can flick, and a bite will materialise. I have also done very well using ‘skinned’ white tigers, in fact, some of my best captures have been on the white versions coming out of summer and in to autumn! 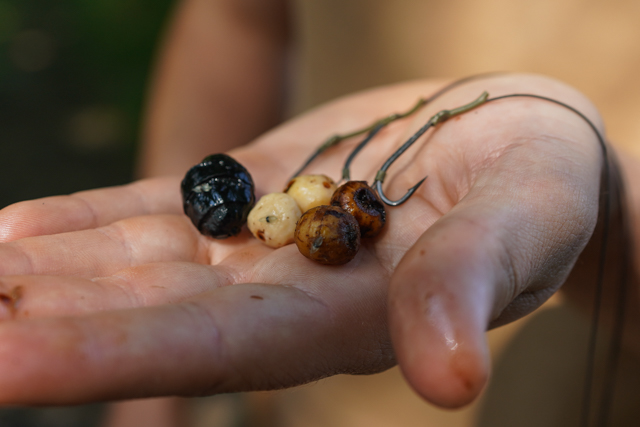 When it comes to using particles as hookbaits, I feel one of the most important aspects is allowing that particle bait to behave natural/ free movement. Unlike a single hookbait say on a hinge stiff rig, where the fish is approaching a single bait, the natural movement of this bait is irrelevant when compared to say a tiger nut fished over a bed of tigers/hemp seed, where the free offerings are behaving naturally. To get around this, I prefer to fish my baits on a fairly long hair, ensuring there is a degree of movement when the fish to feed in and around the baited area. I have also found when doing this, the hook holds you get are excellent, as the carp sucks the whole bait far back thinking they are eating another ‘free offering’. I have also experimented with double baits a lot, something that is quite often overlooked now, but likewise, very effective and always provides a great hook hold as the carp find the oddly shaped bait difficult to eject!

One thing I have found when fishing particles during the summer months is that less can often be more; by this, I mean just a few spombs or even a couple of handfuls mixed particle on the right spot is far better than ‘filling it in’ where the fish simply do not want to feed or approach the area with caution. I believe one of the reasons for this is that small patch of bait is a lot less blatant and quite simply looks like an old scattering of bait. I prefer in the summer months to spend more time watching where the fish are moving and likely to feed, then intercepting them with a ‘trap’ of particles as opposed to piling a lot of bait in. Granted, many of the waters I do fish have a lower stock, but I firmly believe by doing this and fishing for a bite at a time during the ‘quieter’ spells in the summer months is far more effective. 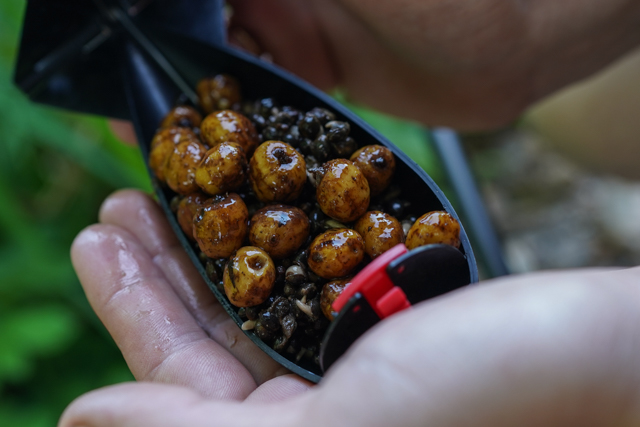 These are a few considerations I feel are worth thinking about when particle fishing during the late summer; using this tactic has accounted for many of my best results and tweaking/ adapting your approach can often get you that bonus fish when the odds are down. 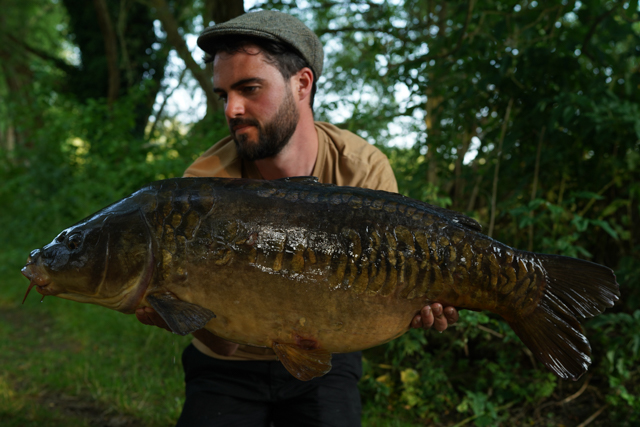 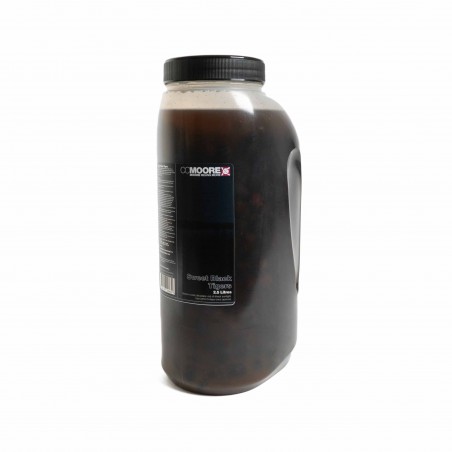 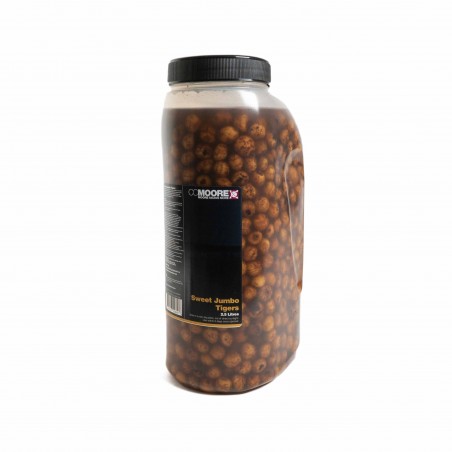 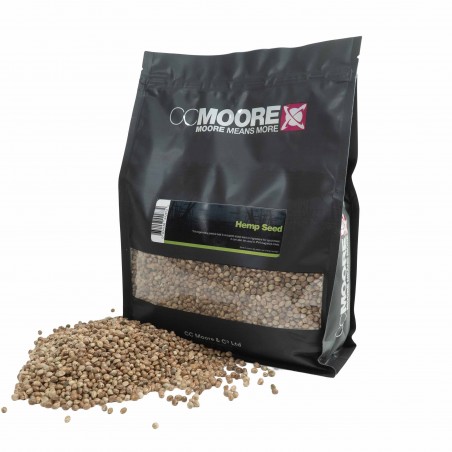 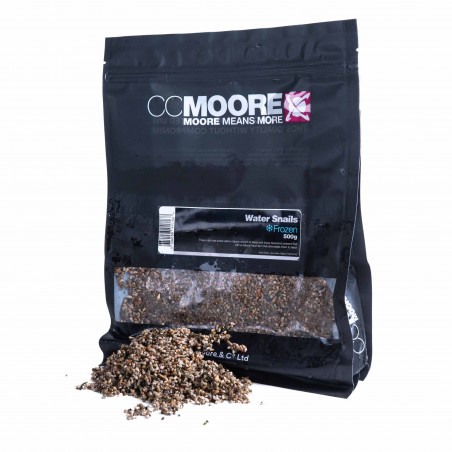 £7.25
keyboard_arrow_left PREVIOUS: Carp Fishing The River Thames- Lauren Richardson NEXT: Why Wafters Are The Best Hookbaits for Carp! keyboard_arrow_right