Time on the Thames 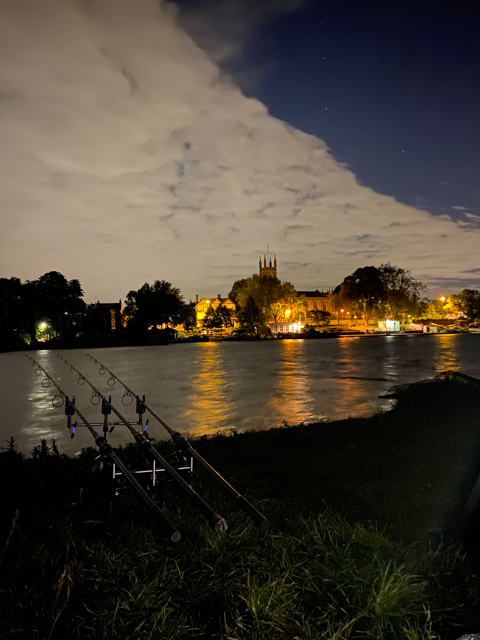 How do you approach the river?

One of the first things I take into account when approaching the river is location, I know that is what everyone says but you can’t just rock up to any stretch of river, chuck a rig out and expect to catch a carp. You might catch a bream, barbel maybe a chub and if you are lucky a carp may come along, nevertheless you could be waiting forever as well as going for a very long wee in the wind. I guess what I’m trying to say is when you fish a lake at least you know the carp aren’t too far off, where as in the Thames they could pretty much be anywhere. Location is definitely the key to success.

On the Thames the unpredictability of the flow, floods and weather play a massive part in how I approach the river, along with where I decide to fish. If the rivers pushing through and a 8oz lead won’t hold the bottom then I’ll fish the margins or slacker spots for obvious reasons, plus I think the carp prefer a more relaxed environment when most of the river is unfishable. 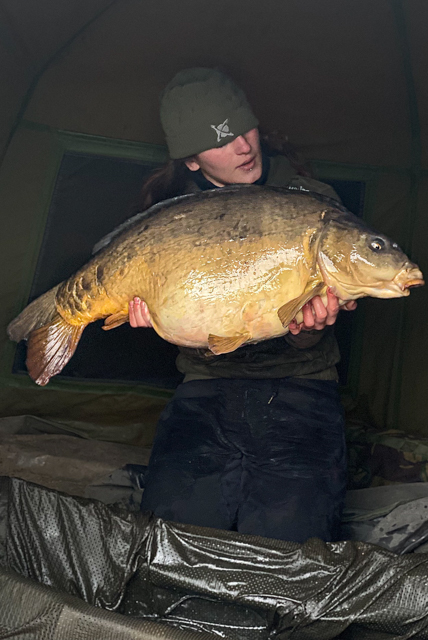 As my workdays can change from week to week I like to take advantage off any spare time I have off to get out and fish, being consistent and fishing as much as I can plays a massive part in my approach to fishing and catching carp from the Thames.

What areas do you look to target?

Weather dependant I choose to target areas where not only I have caught from before but also where I believe the carp could be holding up or passing through; outlets, marina entrances, slack spots, back channels, behind/up against or even in-between boats or big barges that rarely move, duck feeding areas, weirs, clear spots in-between cabbage patches or just off the edge of them the list goes on. Either way these are always good spots to bare in mind. At certain times of the year, areas like these can be a big edge. They can offer carp reliable food sources, warmth in the colder months plus safety and security. 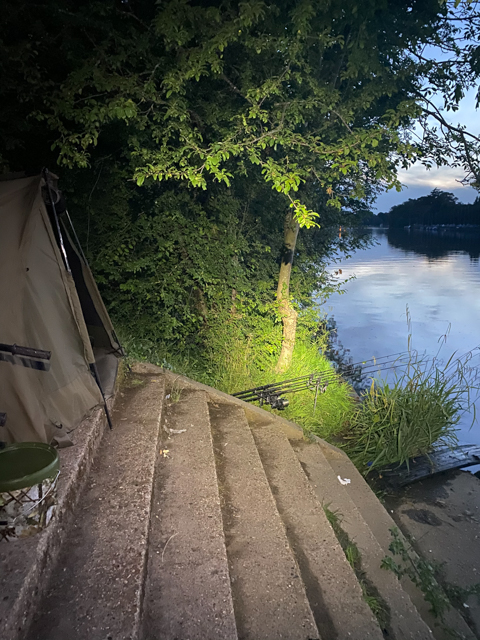 There has been times when I have finished a long shift at work and just had a really good feeling about a certain spot, an irresistible urge to get out and fish it. Following your instinct and fishing spots that you feel will do a bite is always a good place to start and has surprisingly worked for me.

Do you pre bait?

Not as much as I would like to. To be honest I don’t go over the top with pre baiting. My first ever thirty was caught tight up against a large boat that was moored 90 yards across the river from me, I had never fished or baited there before but it was an area I knew the carp could potentially be mooching about that time of year. I always look back on that day and wonder as I know the spot I caught that carp from had never been prepped, I guess it was more to do with going against the grain, being in the right place at right time and also fishing accurately. This is something I always bare in mind when I’m fishing the Thames, you don’t need to throw in copious amounts of bait.

My second thirty of the season slipped up to an area that does get baited, little and often. Throughout the season I would trickle a couple handfuls of boilies over each spot every few days or so and after every session I would do the same before I left, no matter wether I had caught or not. I fish quite a few spots on the river and to get out and pre bait all the areas I fish would just take up too much time and money. I want to make sure my time is well  spent so I stick to light and consistent pre baiting, this technique seems to pay dividends as the carp can gain confidence to come back and munch on some boilies. 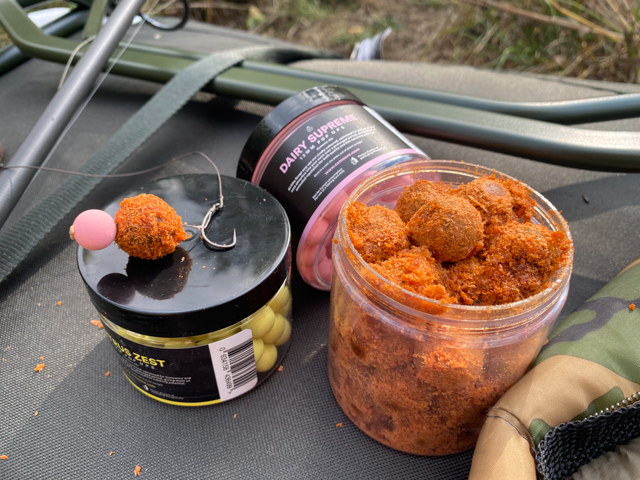 Unfortunately I don’t have the privilege of owning any kind of boat on the river, so getting away with heavily pre-bating ,especially from the bank, isn’t practical or necessary in my eyes. Another reason I tend not to pre bait so heavily is because I don’t want people to notice me doing so and jump on the spot I’ve been feeding for god knows how long, it would slightly annoy me as I’m sure it would anyone else. I know the rivers there for all to fish, but that’s how it goes, if another carp angler clocks you prepping spots and furthermore catching they will be down there the very next day, it’s good to be discreet and get in a few boilies here and there if you can. Maybe go down in the dark with a throwing stick. I see allot of anglers boating up and down the river, prying as they drive past, curious to see if there are any wet slings or nets lying about.

How do you avoid nuisance species?

Nuisance species are inevitable, there are things you can do to try to avoid them witch I implement into my angling but I do still catch the odd bream and chub. Firstly I use a boilie only approach, 18mm or bigger, anything smaller like particle or corn would attract the wrong crowd. I generally use hard hookbaits so they’re protected from crayfish and crabs. 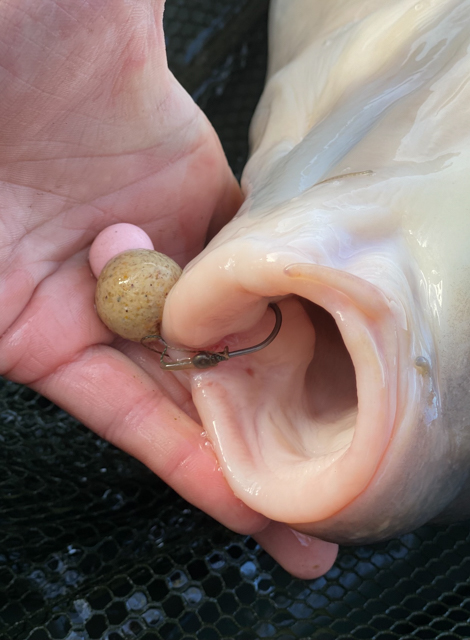 I like to tie a relatively longer hair too, longer then what I would use on a lake anyway, I feel like this can deter nuisance fish as they can’t get the hook in their mouths as easily. I also only use big hooks, no smaller than a size 4. Sometimes nuisance fish can teach you a lesson or two, if you keep catching them maybe you need to change something. 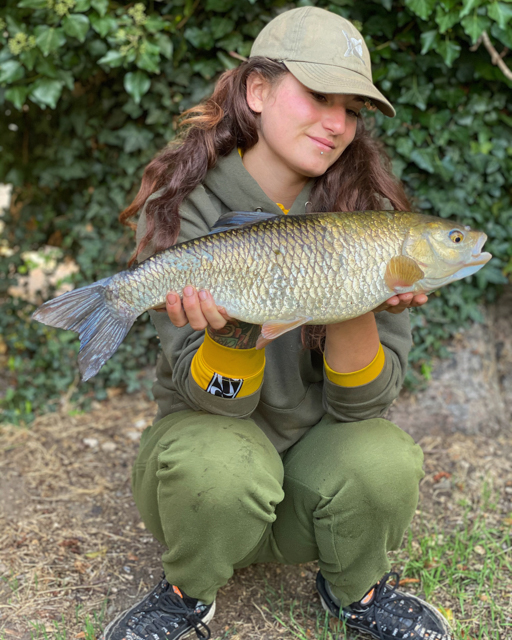 What are your river Highlights

With the Thames being the second longest river in England every capture feels like an achievement. So when I caught my first thames carp I was buzzing, after putting in so much time and effort, to finally get something back following so many blanks and bream felt like a big accomplishment for me. 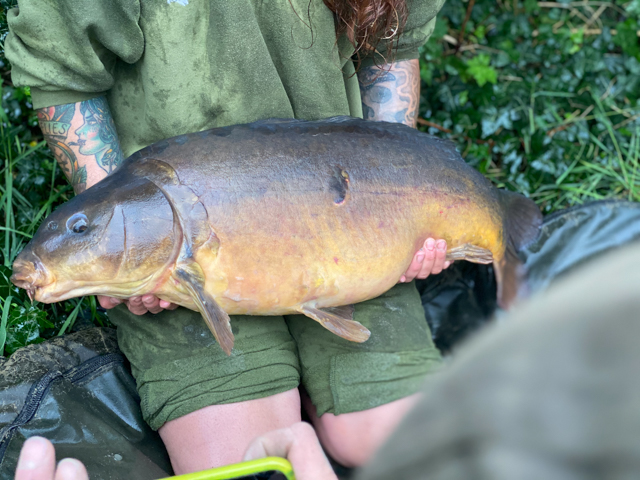 Another massive highlight is defiantly my first thirty, I’ll never forget that morning. I just randomly woke up at 4:58am to the most sexy sunrise, I got my phone out to get a picture as I couldn’t believe how flat and calm the river looked, seconds after that picture my rod just went into meltdown, I remember the fish kiting right downstream, using the flow for extra power, holding the bottom and I’m there on the end of the rod pleading to get it in, lucky I did as it kited so far down the river I had to play the fish back up the margin, he nearly snagged me up in some sort of bush, heart trembling stuff.

Another great memory and highlight - it was the 4th of December 2020 I had lost a carp on the Thames, the hook pulled, I was gutted, I honestly had teary eyes it was freezing cold and I felt like giving up, but I got myself together, got the rod back out and prayed a little. It wasn’t even a hour later and unexpectedly, I was into my second thirty of the season. As you can tell I was beyond made up.

Like I said before, nuisance fish are inevitable, but I struggle to ignore my accidentally caught PB chub at 7lb, it wasn’t even the weight that got the guy a mention, its the fact that the chub was two toned and personally I’ve never seen nor heard of a two toned chub so that was pretty cool and defiantly worth the picture.

Last but not least would be my last session of 2020 on the Thames where I managed three in quick succession, it was the 14th of December exactly 10 days after catching my second thirty of the season. I just wasn’t expecting the carnage that was in store. All together a total of 51lbs, the biggest being a stunning common, sporting some mega winter colours, a weird looking dumpy common and a pristine linear. Some of the best and worst times I’ve had fishing have been on the Thames

Top tips for tackling a river:

•Give yourself the best opportunity by walking the stretch, looking for carp and finding the best features for the time of year.

•Keep your rigs simple and your tackle strong - there is no need to over complicate things, river carp tend not to be as finicky as pressured, still water carp.

•Stringers are a great method not only to keep baiting accurate but to protect the hook point.

•Use your free offerings straight out the bag and only pimp up your hookbaits.

•Use backleads if you don’t want a boat to ruin your hard work, and keep a pair of scissors handy if a boat does manage to pick up you’re line.

•Just because you can’t see any carp show doesn’t mean they’re not there or won’t be passing through.

•Don’t let the blanks deter you, the rewards are certainly there to be had 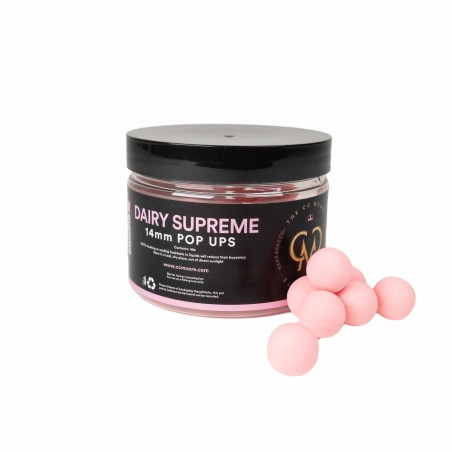 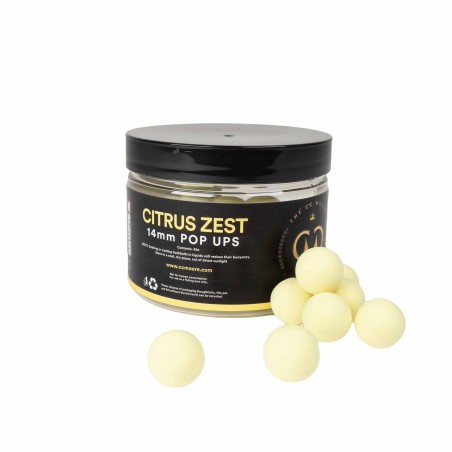