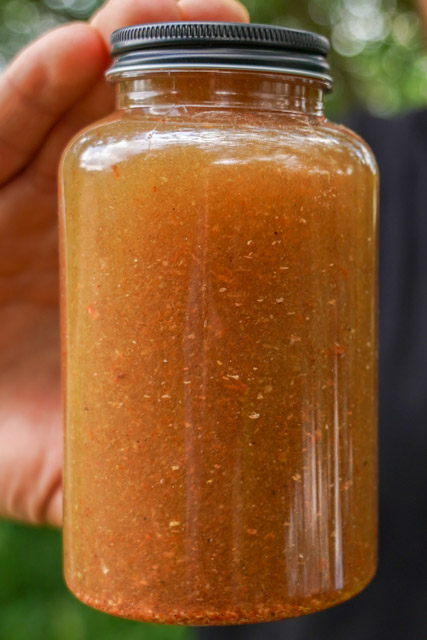 The way to make your mix different from the crowds but also enhancing your chances of bites in the warm months is with the addition of powdered extracts or “meals.” Now, CCMoore has a huge range at their disposal so there is lots of options to go for. Krill Meal combined created the perfect mixture when added to the boilie crumb. because of how “light” the particles are, they hang in amongst the water column for a lot longer than other additives, meaning there is a scent trail present for longer periods of time, which is perfect throughout the warmer months when the fish spend a majority of the day up in the water and not actually on the lakebed, and maybe zigs aren’t an option or the venue doesn’t allow it. Other benefits to using a mix such as this, especially on weedy lakes, a lot of the small particles of meal get caught up in the throngs of weed, which will hold the fish in the swim for a lot longer

Your traditional heavier baits like whole boilies/pellets would often fall through the weed out of the carps view but with the meals sitting on top, not only are they visible to the fish but when they pass over the weed or the spot, even if they’re not looking to feed they can often disturb that weed which will send all the light particles back up into the water column. Why is this a good thing? Well as them small items flutter up through the layers, they can often find their way up into the carp’s mouth without them even realising it, this is great because it can definitely provoke some sort of feeding response which can often get you bites even when the fish aren’t fully committed to feed. Also, with the inclusion of so much powder it can often aggravate the carp. This is due to the fact of, there looks and seems to be so much bait present, but there is next to nothing in the terms of actual sustenance, in return agitating the fish into feeding that bit harder, hopefully helping you get a quicker bite.

The mix itself is fairly simple to construct, firstly add some 15mm Pacific Tuna boilies into a bucket, this is just to give me the option of fishing with a boilie hook bait. 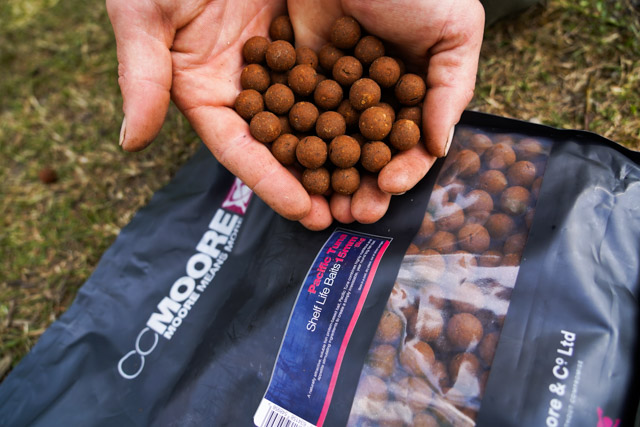 Then cover the whole lot in boiling water and allow to sit for around 20 minutes, drain off the excess water and add a good helping of Liquid tuna compound this will slowly penetrate into the now extremely porous baits giving me long-lasting attraction, next up is boilie crumb, this gives me another dimension to the mix with lots of different sized items and a lot that will get caught up in the weed like the meals. 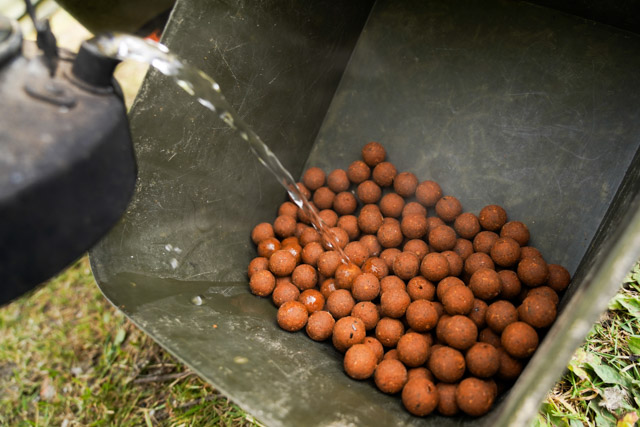 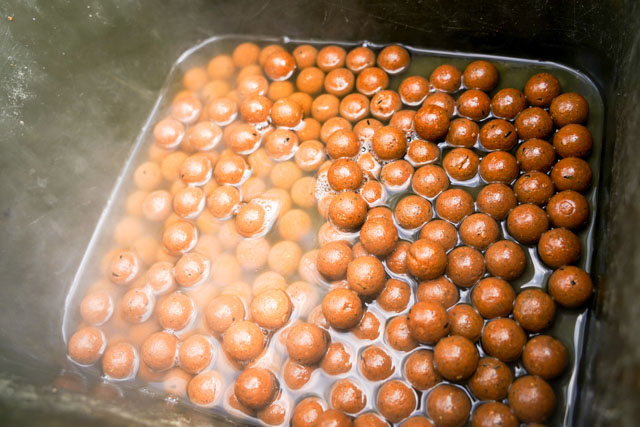 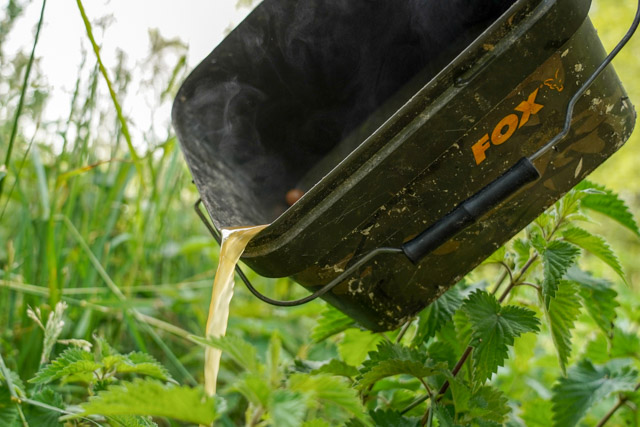 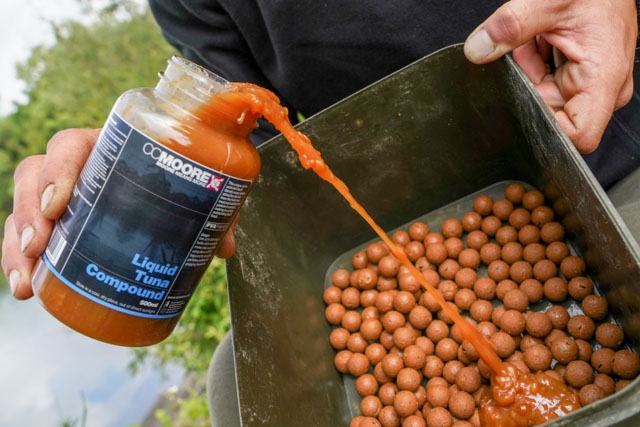 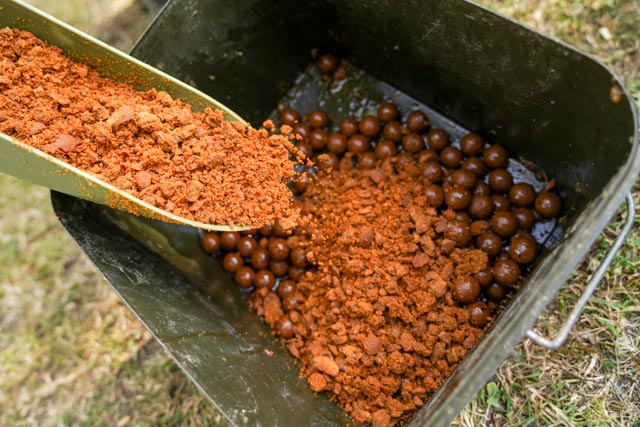 Finally add the Krill meal, add around the same amount as the boilie crumb which is around 50% of the mix, it is quite a lot but you want there to be huge amounts of attraction present with next to no actual food present. With this sort of bait mix it is best suited to a spomb but it definitely can be used for priming spots in the margins. 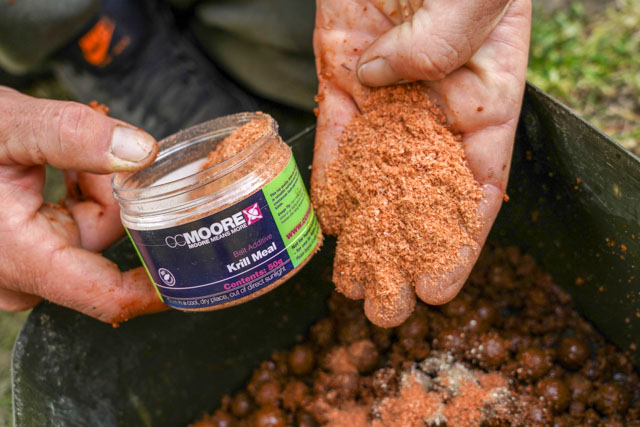 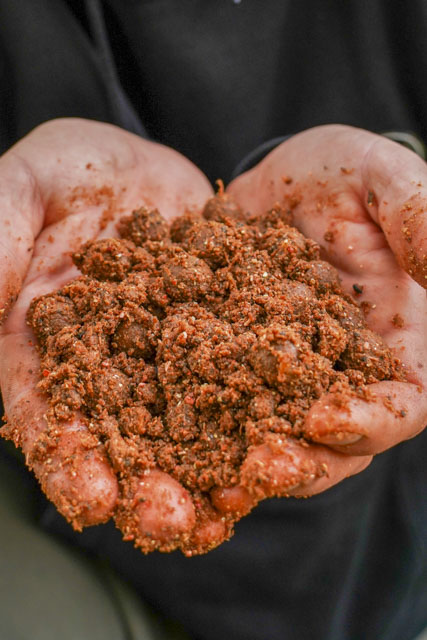 Due to there being so many small items of food it creates a carpet across the area which can be prime for baiting little spots in the edge. When the carp come in and feed on the area you will often get what can only be described as strips missing from the baited area, almost like runways where the fish have come through and inhaled everything up in their path, so it’s a great indicator of if anything has been having a go on the spot whilst you haven’t been watching. 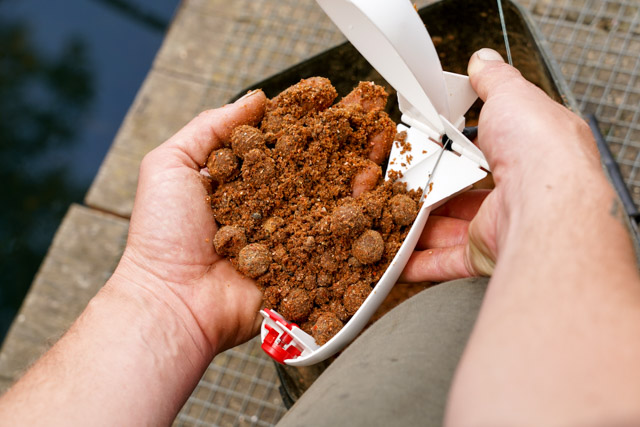 There’s no doubting the effectiveness of powdered additives and their attraction and pulling power and with so many variants available, you can tailor and adjust your mix to suit your requirements you don’t have to use these chosen powders but they suit the Pacific Tuna boilies perfectly. They are certainly worth giving a go and experimenting with alongside your conventional baits and liquids to give you a distinctive edge this summer! 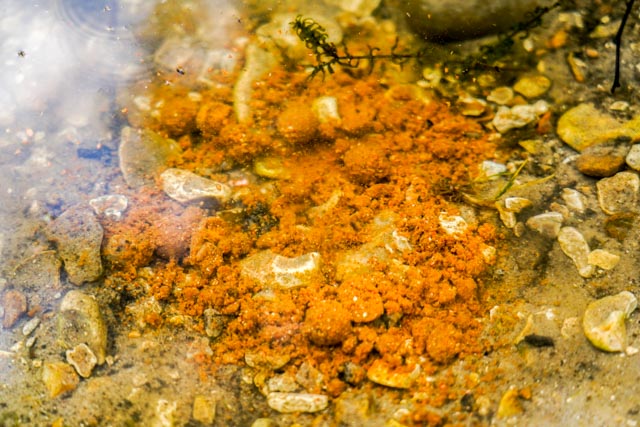 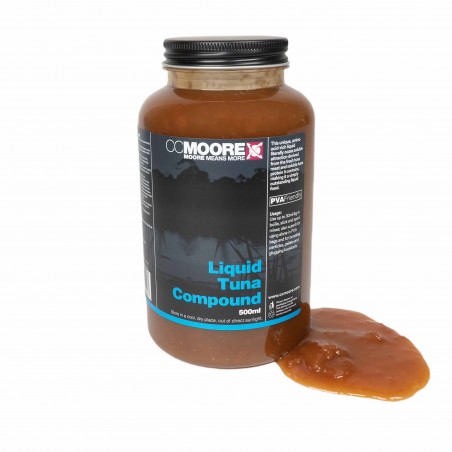 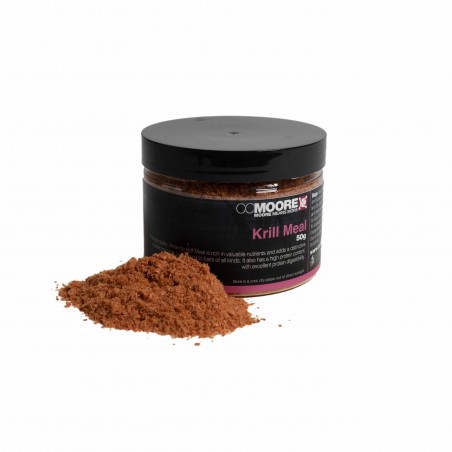