Do Fishmeals & Oils Work in the Winter?

Oils have always been a topic of some debate particularly when it comes to bait choice during the early spring and winter months. The almost perennial airing of oil-based opinions always seem to occur during the first few weeks of winter, just as the colder temperatures begin to creep in. What bait you on this winter? Those fishmeals don’t work in cold water! Its no coincidence the same typical opinions seem to surface year in year out, but why? Where did this commonly held belief even come from and, more importantly, how much oil is actually in the baits we choose to use in the summer and in the winter months. This bait feature takes a closer look at oils and all things oil related. First and foremost, let’s take a look back at oil usage in fishing over the decades. 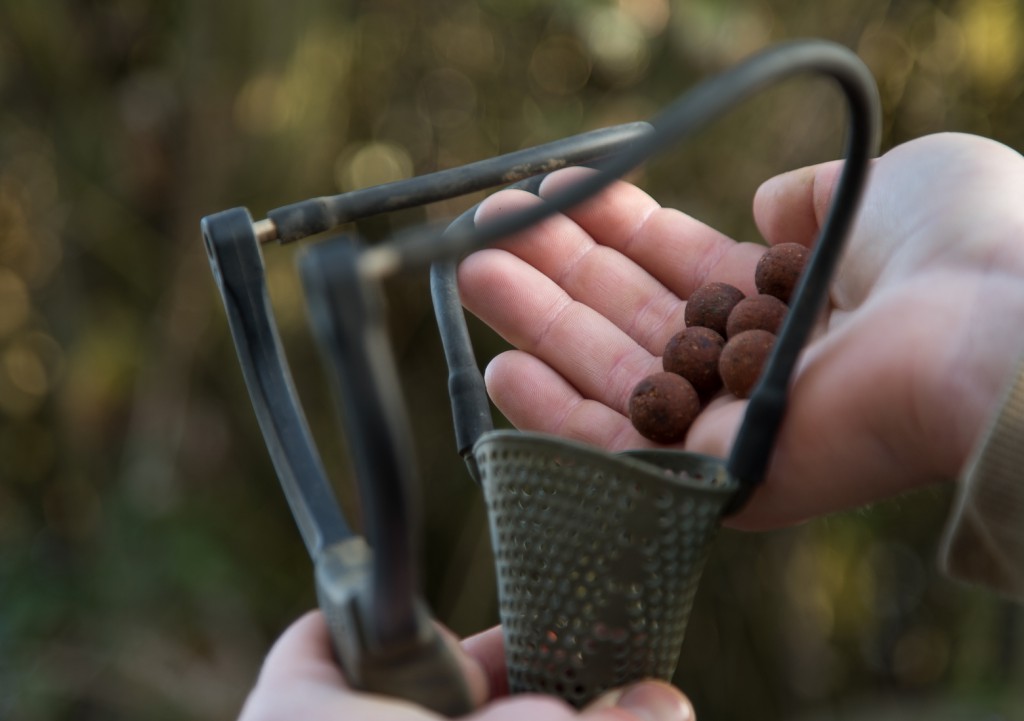 The widespread use of bulk oils within fishing baits really developed in the 1980’s during the period when the fishmeal boilie boom took place. Around the same time, the well documented and popular use of Trout Pellets also exploded and they quickly became regarded as a super-effective attractor as they certainly helped many anglers that used them to catch a lot of big, pressured carp. Anglers’ assessments of the reason behind the success of Trout Pellets spawned the idea of replicating the same attractor profile within their boilies; namely supplying high concentrations of fish oil within their fishmeal based boilies in an attempt to increase the bait’s effectiveness and thus presenting fish with a high protein, high oil bait in a less quickly dissolving form that Trout Pellets. This was achieved by typically adding a large quantity of a bulk fish oil (eg Salmon Oil) into the mix during the production of boiled baits. 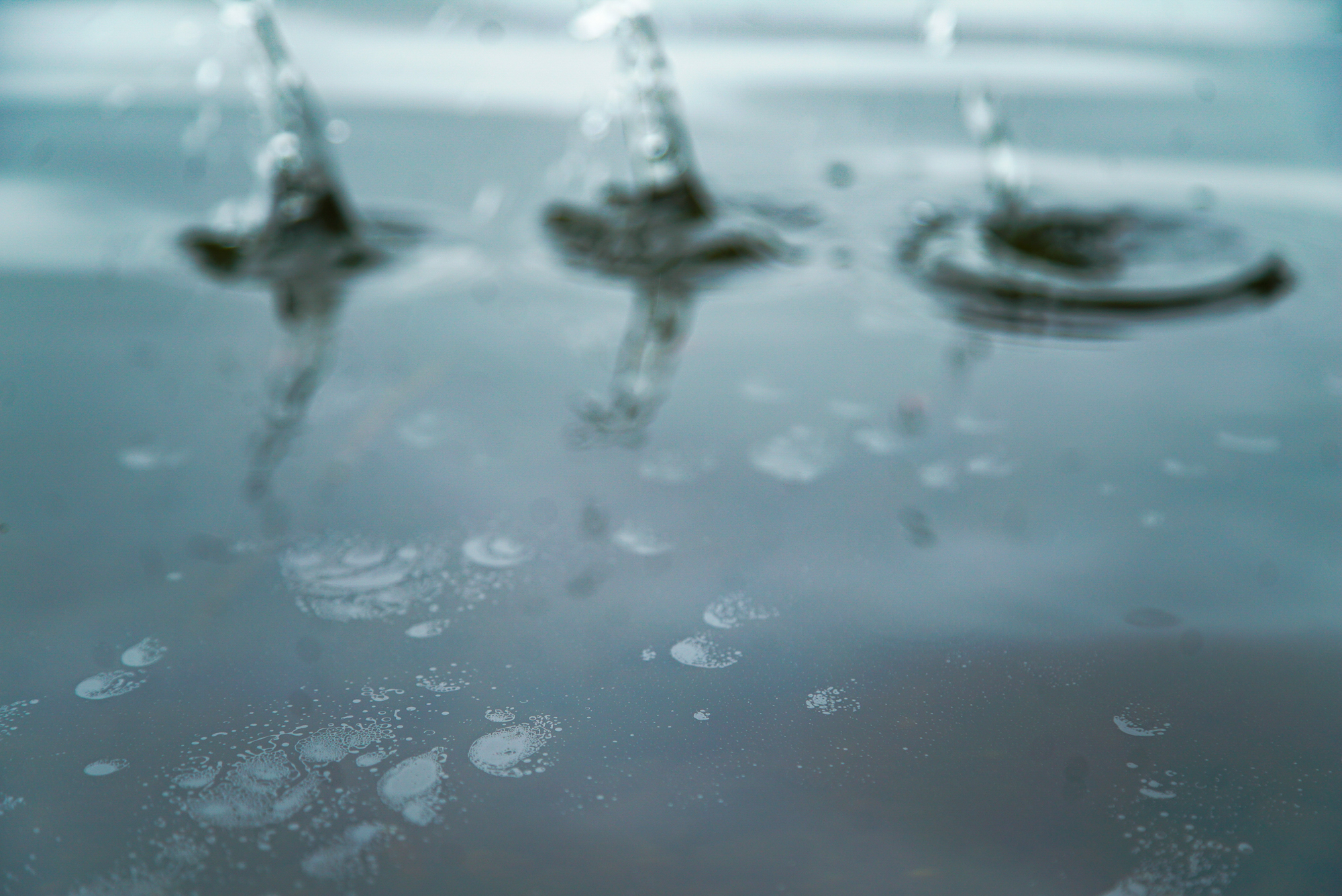 At the time, these baits worked very effectively in the summer, when water temperatures were higher, but come the winter they were widely accepted as almost useless; and so the ‘fish meals don’t work in winter’ statement was born.

To combat this annually encountered problem, in winter anglers switched their bait choice to a low oil, high protein bait, which would most commonly be based on milk proteins, bird foods or a combination of the two. Regardless of the exact makeup of the bait, it often boasted a high level of solubility and nutrients and, more often than not, a low oil content too as the successful, trend-setting anglers of the era recognised that oils were just not effective once water temperatures dropped in the winter months. 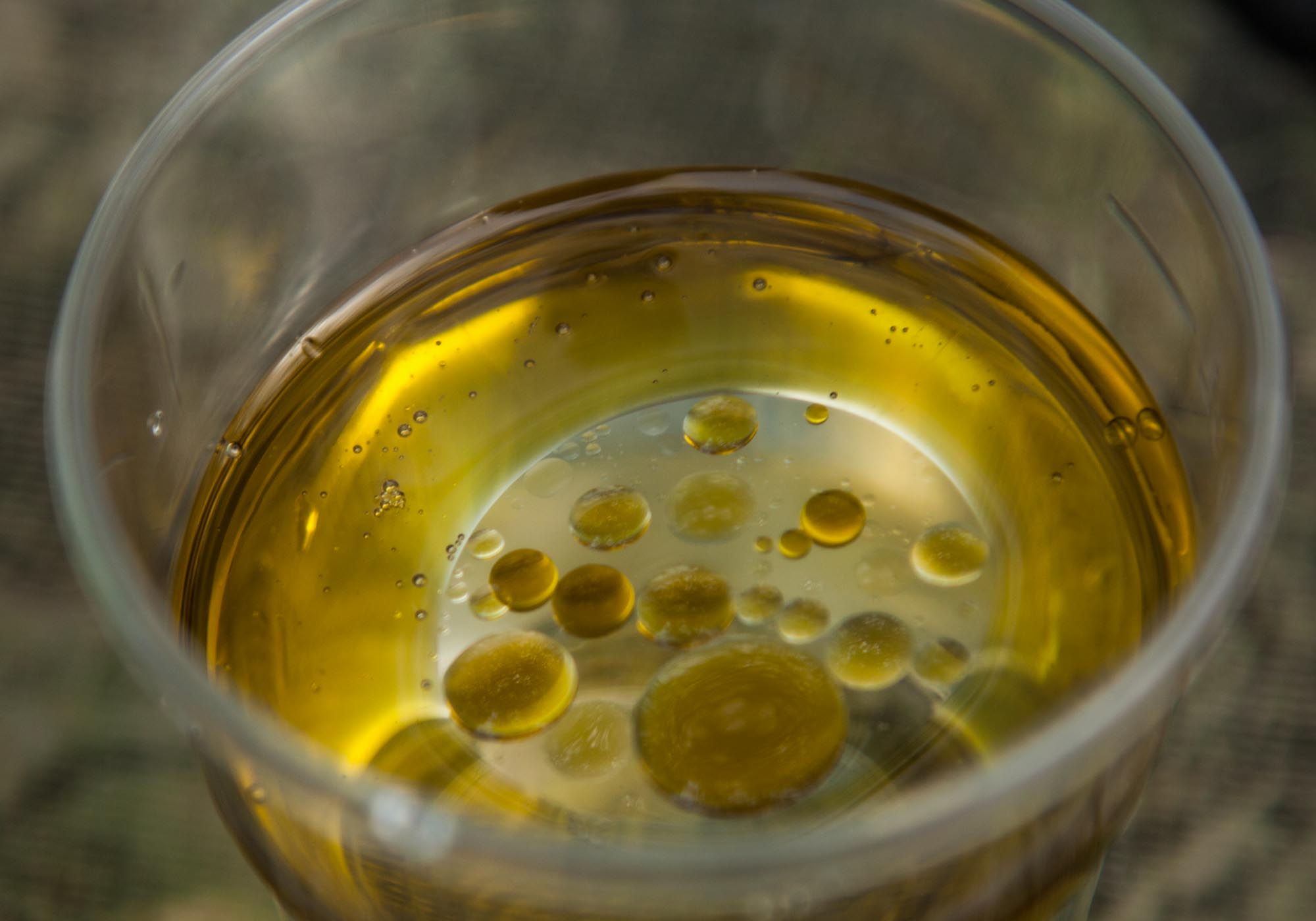 Come the 90’s and it was a different story altogether. Mass produced, low oil food baits were produced by commercial bait companies and therefore anglers no longer needed to change their baits as the seasons changed. Big fish anglers soon began to realise the value of baits with a greater soluble content, the availability of higher quality bait ingredients improved and effective all-year round baits became much more widely available. 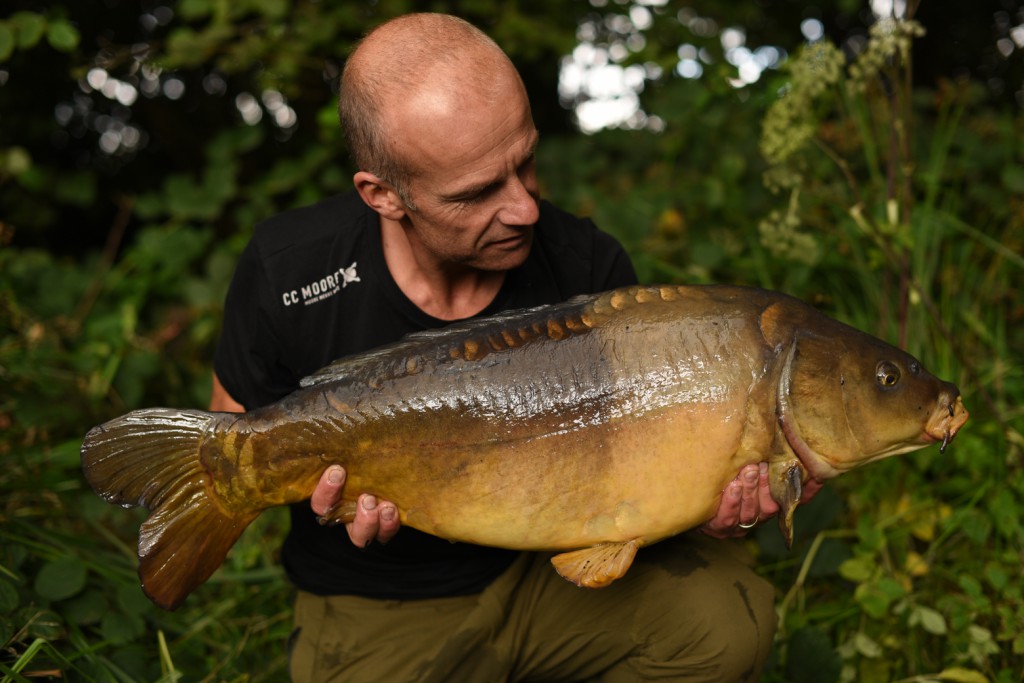 Today, the bait market really has evolved and developed significantly since those days of the fishmeal boom and the ingredients available today are obtained from a far more diverse range of sources from those days and are of the very highest possible quality. The arrival and growth of the internet has facilitated to the sourcing of more, high quality bait ingredients from all around, resulting in an improvement in the quality of bait being used by most anglers and, therefore, the stamp of fish we target and the growth rates they achieve.

But why do many anglers still change their baits in the winter? Why does the ‘Fish meals don’t work in winter’ misconception still exist and for what reason? 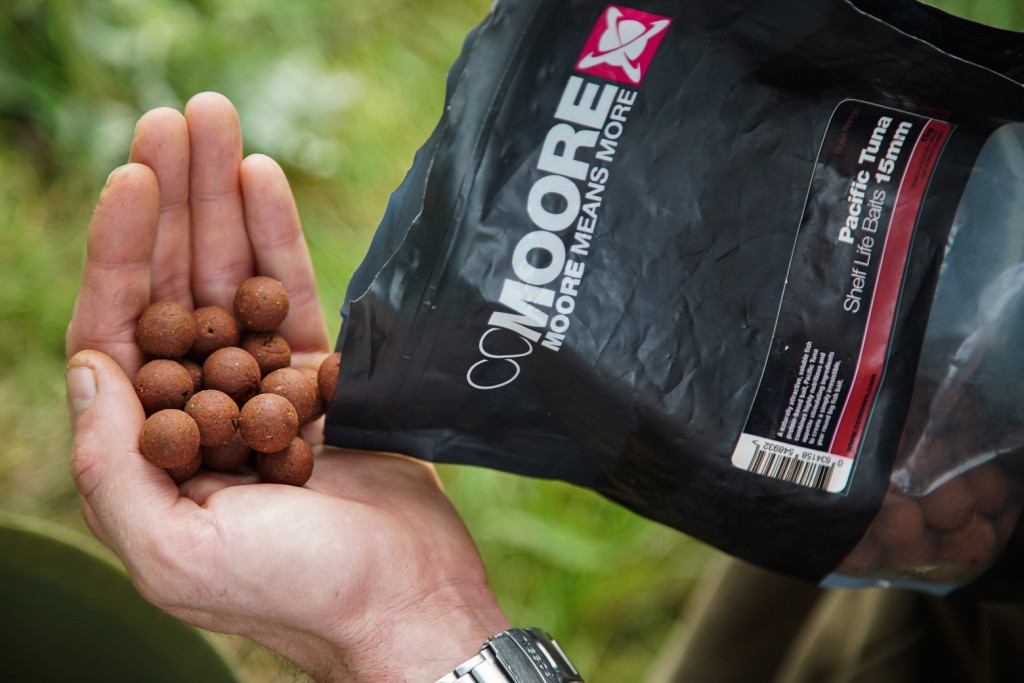 But, why is oil not soluble in water?

As water is polar and oil is nonpolar their molecules are not attracted to each other. The molecules of a polar solvent like water are attracted to other polar molecules, such as those of sugar. So let’s get this straight, regardless of whether the oil content of a high oil bait is derived from the addition of a liquid oil (e.g. Salmon Oil) or whether it is derived from the inclusion of high oil ingredients in the base mix (e.g. Peanut Meal, Krill Meal), the overall oil content is still high and so still inhibits the performance of the bait in cold water. 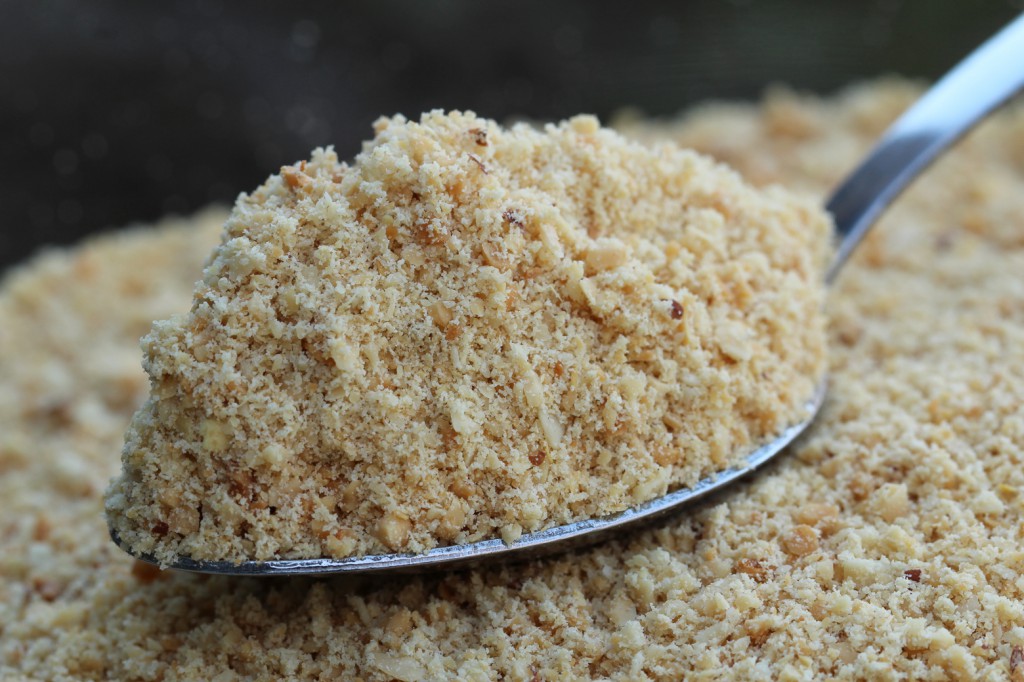 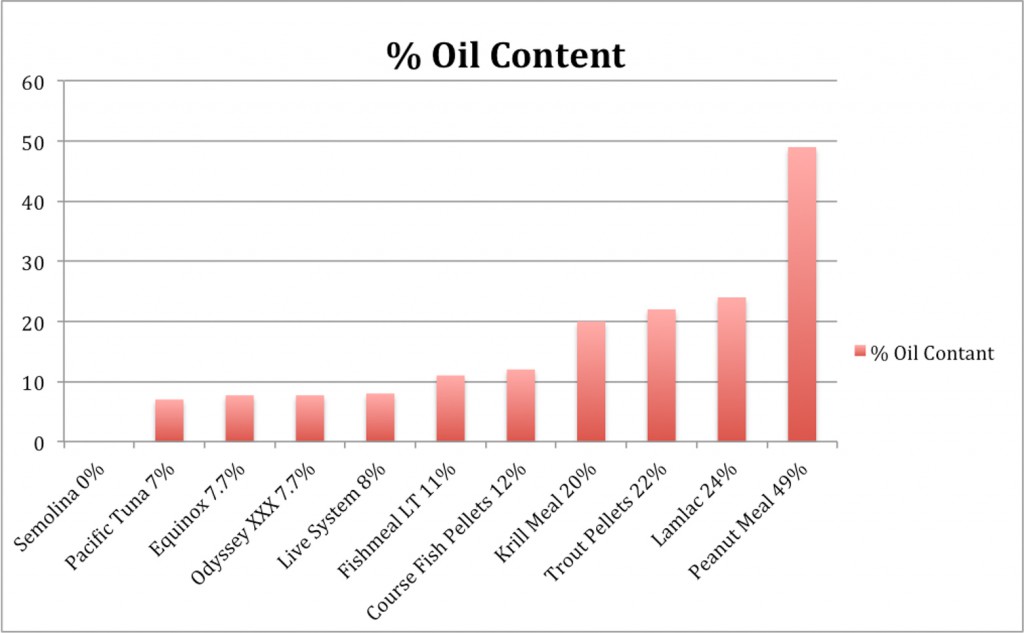 Well, that’s a pretty pertinent question. Aside from being a very cheap, warm water attractor that disperses up through the layers of your swim, it supplies some valuable antioxidants and represents a very cost effective energy source. But, is that really what we’re after as anglers and ‘custodians’ of the UK carp stock?

A simple way of looking at the health impact on fish is to take into consideration two very different feeding perspectives. Firstly, the fish farmer who is looking to grow trout and game fish as quickly as possible as he is paid on weight alone; the more weight the fish put on, the more he is paid. He will look for a very cost effective diet which supplies the maximum amount of energy for the lowest possible cost (e.g. Trout Pellets); such a high-energy, oil-rich diet, will increase weight gain quickly but will also create long term damage to fish that are not destined for the dinner table within a few years as Trout are. Secondly, we look at the fish farmer who is looking for life long health in his fish; fish such as Carp that are bred to grow and survive for many years, growing at a slower and more sustainable rate than Trout/Salmon etc which allows all their vital organs to grow and develop in synchronisation with their body mass. Just like a body builder looking to grow healthy muscle, he will base a feeding diet around a low oil, mid/high protein content to build a fish’s skeletal structure and muscle, using digestible carbohydrates and digestible protein as sources of energy and protein; far more effective as feeding stimulants in cold water due to their low oil content.

At the risk of stating the obvious, the one thing you can always be sure of is that we will always present our baits in water. So why would you ever use high oil baits that you know are less effective and release less attraction in water?

The water solubility of your bait and the attractors it contains is of course a key factor all year round, and a lower oil content in a bait will help maximise its solubility in all water temperatures as the soluble particles in the bait are not coated in a fatty, oily skin which is not easily broken down in water, particularly cold water. Therefore, a reduced oil content will make a bait more soluble, more easily digestible and enable it to fish to access and utilise its nutrients more easily in all temperatures. Again, when considering just how dependable and how hard your bait is working for you, just consider this simple question; If your low oil, high soluble content bait is optimised to work well in winter when water temperatures are low, why is it not going to work even more effectively in summer when the water is much warmer? 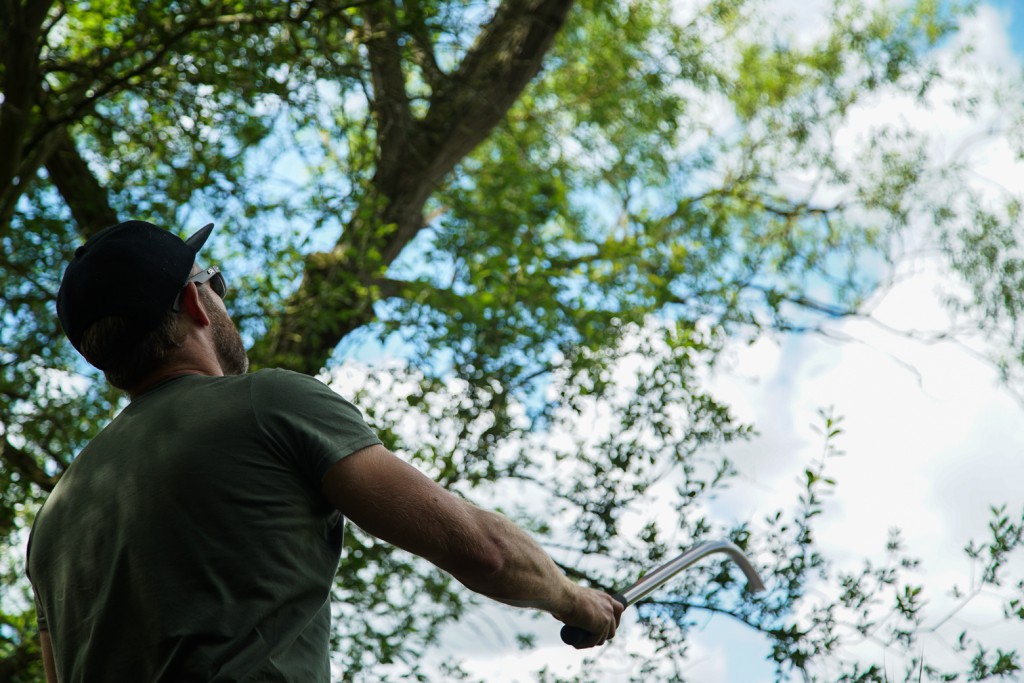 As temperatures drop, fish activity levels and feed intakes reduce, feeding spells shorten and the number of bites achieved by anglers falls dramatically on most waters, how many times are these challenging circumstances met with the assumption that a bait has stopped working and needs to be changed?

Surely if your bait is optimised for year round use in the first place and is well recognised by fish as a food source, then it would be madness to move away from this in order to start establishing a new bait when the odds are being stacked against you more and more each day? Granted, there are times when the determining factor of the food selection process used by fish changes (colour, taste, aroma, movement (e.g. maggots), density, texture) but reacting to these changes whilst still offering your low oil, digestible year round bait in reduced volumes surely has to be the sensible starting point. 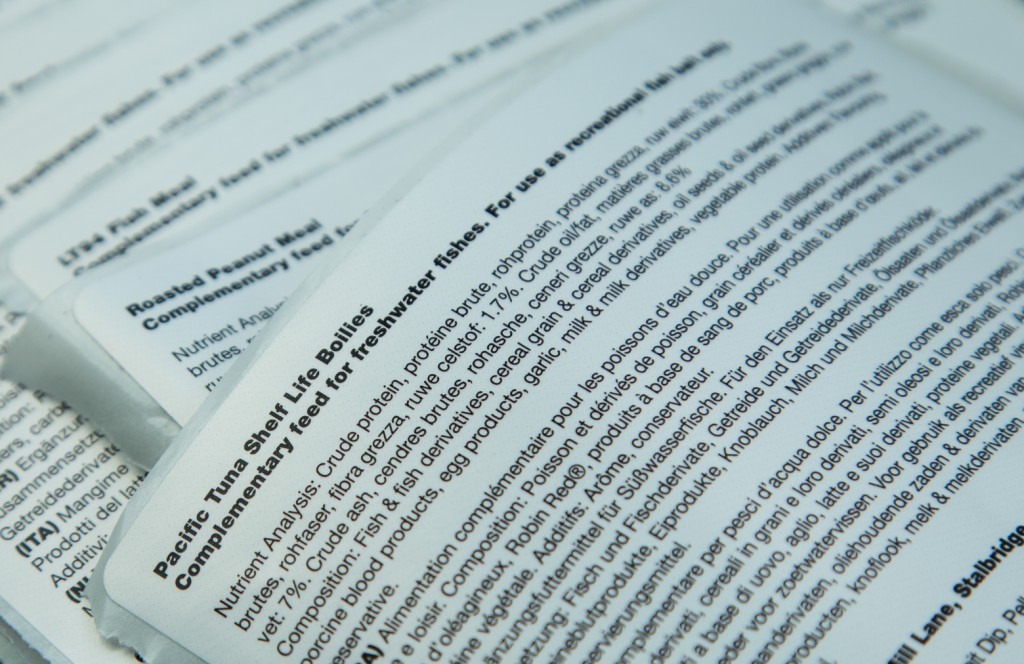 Live System is a hugely popular and hugely successful winter bait, but would it surprise you to know that it has a higher oil content than both Pacific Tuna and Odyssey XXX – both baits which even the most experienced anglers would class as ‘Fish meal baits’ due to their fish-derived ingredients. Similarly, ‘winterised oils’, such as Winterised Salmon Oil, have also been the topic of discussion for many years and are considered by anglers for use throughout the year due to their perceived attraction potential in cold water. Winterised oils are simply standard bulk feed oils (e.g. Salmon Oil, Herring Oil etc) that are cooled to partially solidify and then waxy deposits are removed from the resulting solution. This merely removes a proportion of the fatty matter that congeals at the highest temperature, but does nothing to improve the water solubility of the remaining oil. Fishing with high oil baits and ingredients, even if you attempt to improve their water solubility by using emulsifiers and other methods, has long been identified by knowledgeable bait makers as a huge disadvantage when compared to using baits with a low oil content and high level of water solubility. 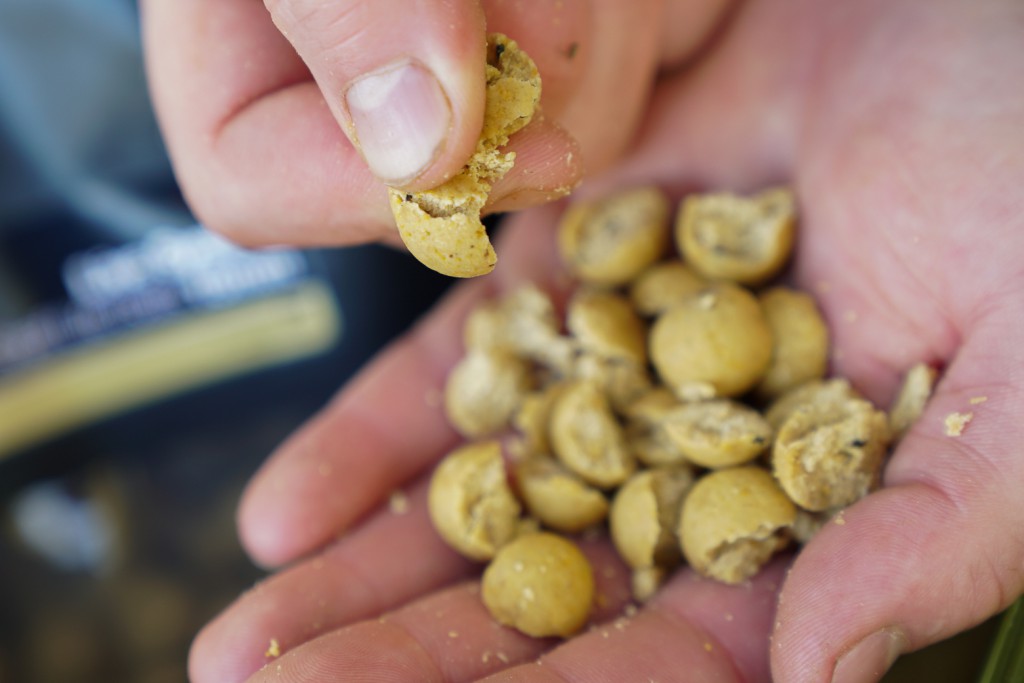 To the human eye, a boilie coated in oil looks moist, juicy and to have a greater attraction potential than that of a low oil, dry textured bait. When, in fact, it’s quite likely that the opposite is true. If you imagine, a low oil, highly soluble bait will quickly ‘air dry’ through its outer layers and becomes lighter in colour, rougher and more porous as it does so. Whilst this means it looks less attractive to the human eye, it’s actually a good indicator of a bait’s ability to exchange water through its skin and release soluble attractors in the opposite direction when introduced into the water. A bait which will have a huge advantage over a higher oil content boilie or one coated in oil that potentially forms a fatty barrier and locks in some of its attractors, reducing the effectiveness of the attractors it contains. 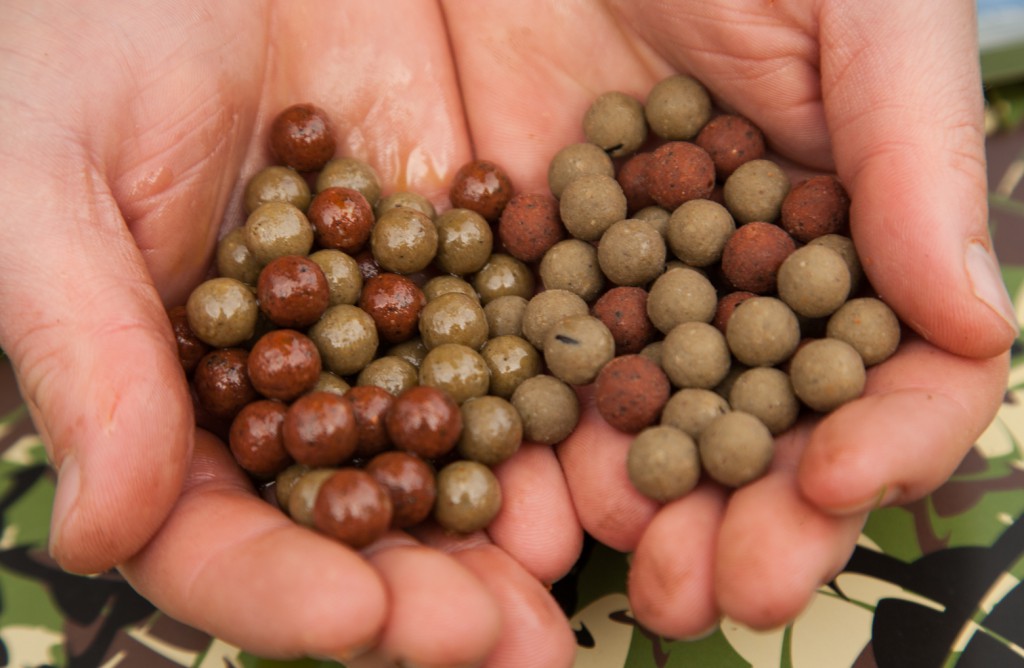 Well, you’ve probably heard more than enough about oils for now, but hopefully have a better understanding of the role they play in bait – and the confusion caused by that age-old misconception ‘Fish meals don’t work in winter’. The fact of the matter is simple; during the colder months, less oil is better, it improves your bait’s solubility and helps keep those all-important attractors leaking from your bait. Oils certainly have their place in carp fishing, but understanding more about their usage can only benefit you when it comes to deciding what to use in order to maximise your year-round chances of success. 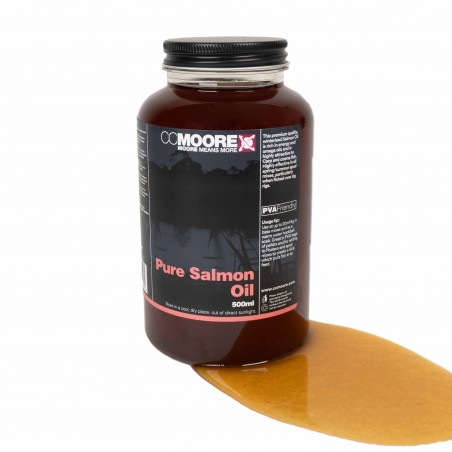 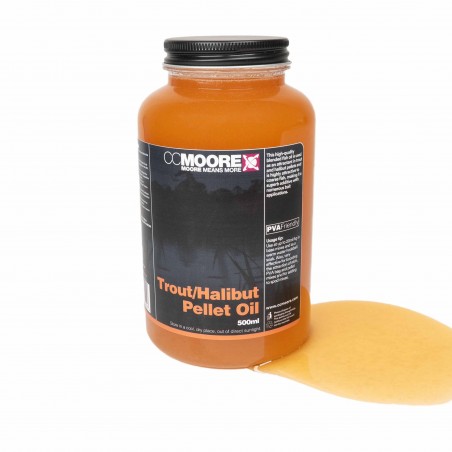 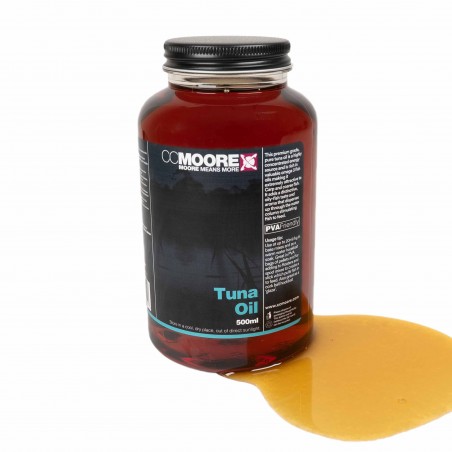 £6.99
keyboard_arrow_left PREVIOUS: 5 Way To Get The Most From Your Pacific Tuna! NEXT: How and Why use Helicopter Rigs? keyboard_arrow_right