I first fished on Linbrook Lake last year in the winter and did a few sessions to get to grips with the water and got on really well! The lake is nestled in the Ringwood area, an area of the country with many big fish lakes dotted about. It is a very nice, mature lake, 6 acres in size, with 11 swims and two double swims.

The lake has a high stock of carp and this is why it was going to be a perfect for a winter venue, with a chance of a bite even in the coldest of conditions. When the owner said I could have a winter ticket I was buzzing to get down there the following winter to give it a good go at! I had a really hard late summer and didn’t really catch much in August and September, so I couldn’t wait to fish somewhere else and get a fresh head on for a different venue.

Linbrook is very uniform and not really much to it one side is a little deeper than the other side but only about a 1ft and half different there’s one little corner witch is the deepest area but doesn’t seem to do many fish at all. There’s one hole margin witch is unfishable and the fish do love it along there but Is hard to cast really tight as so many over hanging trees. 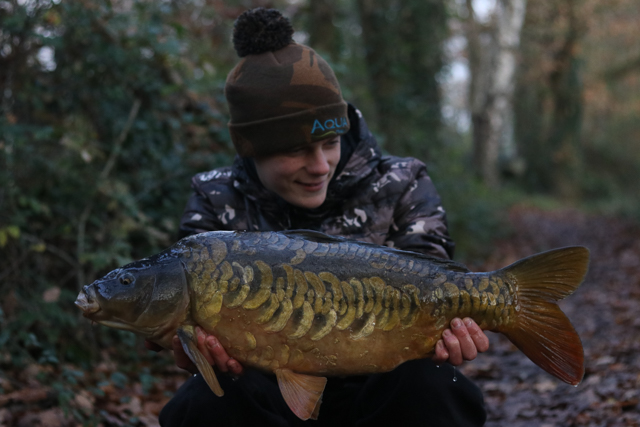 The winter ticket started 1st of November, so I got booked on for the first weekend of November, in the hope that I could get something going before it got too cold. I did one night and blanked, but this certainly didn’t put me down and I took away some valuable information from that trip.  The lake was fully booked and has been every weekend since I have been on there and this no doubt made for trickier fishing.

Anyway, the following weekend I had two nights ahead of me, so I jumped in the same swim as the weekend before, armed with the prior knowledge I had gained. This swim was a really good open water option; it is one of the unpopular swims as it’s the longest barrow from the car park, which also means it receives the least pressure. 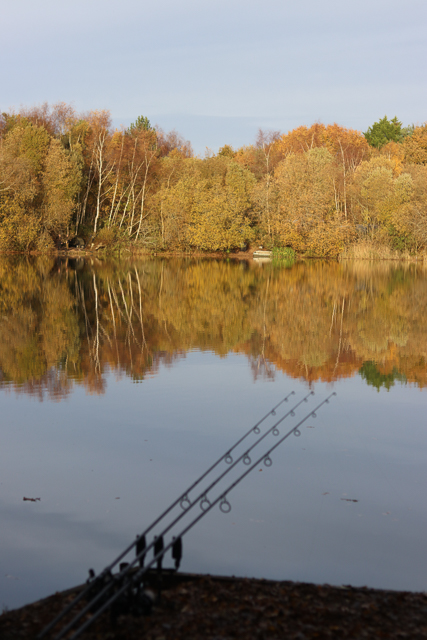 There was this lovely spot out to the right of the swim; the bottom of the lake is very uniform but there are some firmer spots dotted about and when you find these you normally catch fish, so it is well worth taking the time with the leading rod to pinpoint these dinner plates. Going into that first night, action came quickly, and I had two fish off that spot, a mega upper 20 fully scaled mirror, a lovely grey one and a smaller one, but as you can imagine, I was chuffed to get the winter ticket up and running. 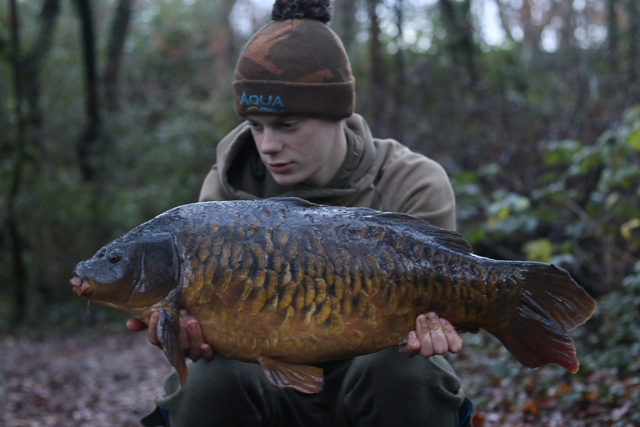 For this trip, I decided to fish only one rod on this spot, normally I like to fish three rods on 3 different spots at Linbrook as I think in my opinion it catches you more fish on this particular lake, instead of putting all your eggs in one basket, you are exploring the swim better. To cap off that second trip I had caught three fish, and when I left my swim, I opted to put a fair bit of bait on that spot just incase it was free again the following weekend.

The following weekend I got back down early Friday morning to see if the swim was free and it was, so I had no hesitation but to jump in there. I had another two nights ahead of me this time and as you can imagine, I was feeling confident having baited the spot I had caught from previously. It wasn’t long into darkness that the first action occurred, followed shortly by another; this time falling to my right-hand rod as opposed to the middle.

This time around, the right-hand rod spot was much cleaner than it was on my previous session. The drop on it was firmer, this indicated to me that the fish have been feeding on it since I put the bait in from the previous session and like mentioned previously, those firmer spots were generally more productive on this venue.

At this point, I was going into the second night feeling very confident that something was going to happen.  At 4 o’clock in the morning, I was rewarded with a big Linear and soon as I got it in the net, I got the rod back out ASAP as these winter-feeding spells can be very short and shortly after, it followed with upper twenty scaly mirror. I was buzzing to have such a result in the winter and it just got better from there on in, racking up a total of 11 fish from that swim since the start of December. 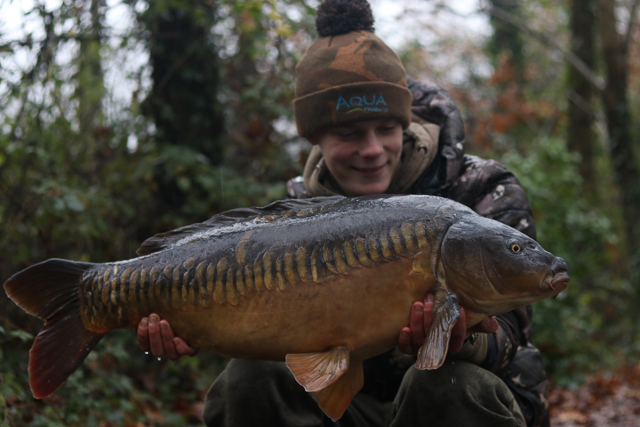 One aspect I do feel is worth talking about is my baiting approach, it can certainly make or break your trips during the wintertime and is one aspect that can be tricky to judge in the colder months.

First of all, I will begin with a fine, crumb base to the mix. I achieve this by taking my chosen winter bait, the Live System and running it through a RM crusher to create almost dust- like particles of boilie crumb. 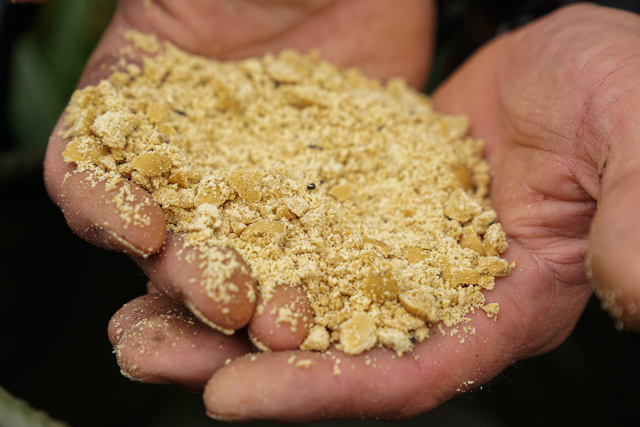 Once I have the base done, I will then put a good coating of Amino Blend 365 and Northern Special bait booster combined, giving that a good mixing before leaving for 24 hours to allow the crumb to fully absorb those sweet, creamy liquids.

Secondly, I like to add Flaked Maize to my mix in the wintertime, not only is it easily digested, but it also adds a striking visual element to the whole mix, which is key in the cooler months with a lot of darker debris on the lakebed. I simply soak the Maize for 24 hours until it goes nice and soft, perfect for adding to the boilie crumb when needed. 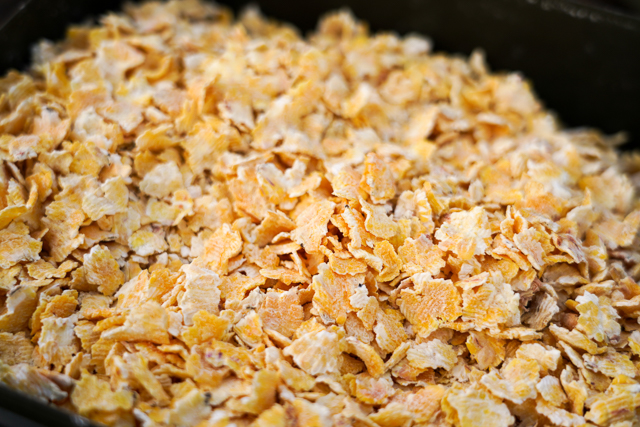 I do like a degree of natural element to my mix in the wintertime, which is where I incorporate the Frozen Natural Bloodworm and the maggots. These two proven, fantastic winter baits really do give you a big edge when the temps drop. The Bloodworm can me mixed in with the crumb to get it down to the lakebed, where as I add the maggots as a when I need to along with the maize.

These are a few factors that have certainly helped me bank a few extra carp this winter and tactics I have upmost confidence in using through until the spring.