Winter fishing can be challenging at the best of times, which is why I like to stack the odds in my favour as much as possible, leaving no stone unturned in order to gain that prized winter capture. One of the most important aspects of winter angling in my opinion is bait and the choice of bait I use to provoke a feeding response when the water temperatures have plummeted. During the coldest parts of the year, the carps metabolic rate drops significantly, which means their need to feed and store energy is lower. 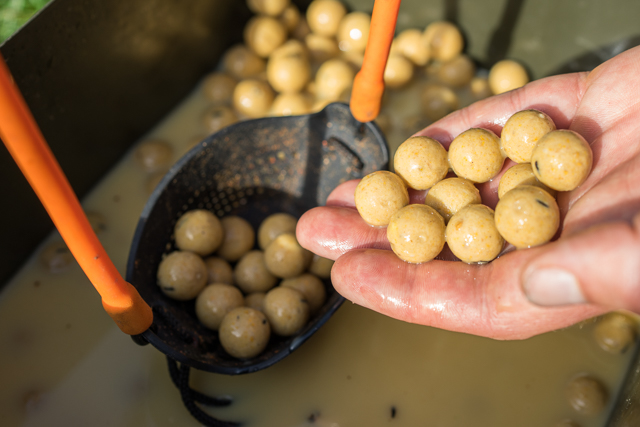 This means that the period in which carp need to feed to sustain vital processes is shortened, with periods during the coldest part of winter where feeding is not at all necessary. When the fish do feed, they often do so with less aggression, often approaching baits steadily and taking small mouthfuls before digesting. During this time, the fish are looking to expend as little energy as possible, which in turn means that they prefer to feed on bait items that are much more soluble and digestible, which is where my bait preparation process comes into play. This mini-insight gives you a guide into how I prep my winter baits in order to provide maximum attraction, with high levels of solubility and a bait that the carp can quickly and easily digest. How I achieve these soft textured, easily digestible baits is very simple, but incredibly effective, especially during the winter months. In the past I have watched carp readily accept these softened baits over the slightly tougher baits straight from the bag. I begin by adding my chosen winter baits to a bucket, depending on the length of session that I will be undertaking. During the colder period of the year, I switch over to using the Live System; the creamy aroma and highly visual appearance is the main reason behind this. Once I have added the chosen amount of bait to a bucket, I then proceed to cover the baits fully in bottled spring water. I use the spring water over normal tap or lake water as it contains no contaminants, which can greatly affect the effectiveness of your bait. 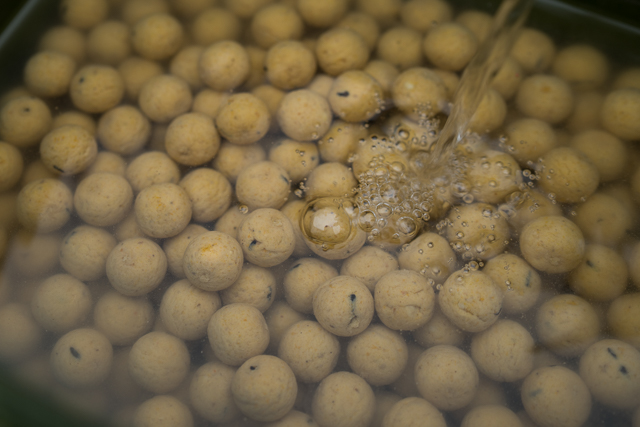 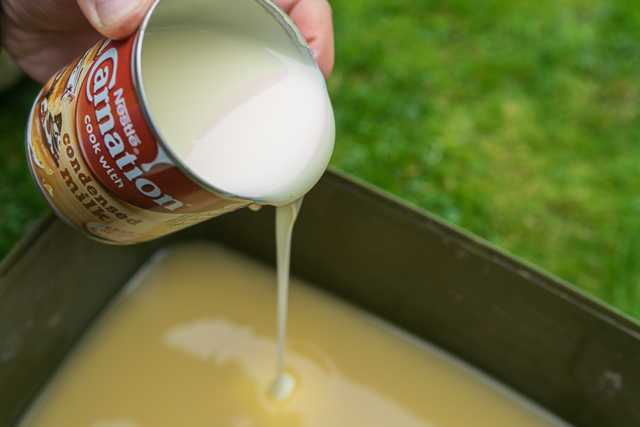 Once the baits are fully covered, I then add a healthy dash of Amino Blend 365, along with a tin of condensed milk to the water they are sitting in. You will instantly notice that the colour of the water will change to a cloudy, super sweet watery syrup that really does boost the Live System baits while softening them off nicely. Preferably, I like to do this process at least 24 hours in advance of my trips, but I feel that the longer you can leave the baits soaking, the softer and more digestible they become. Something that I feel is hugely important during the winter is the level of leakage and ability for a bait to disperse attraction, even at times when the water temperature is very low. Certain liquids, such as oils become much more difficult to disperse in the cold, greatly lowering their effectiveness. The creamy combination of the condensed milk and Amino Blend 365 not only compliment the sweet, milky profile of the Live System, but the complimentary liquids are also incredibly soluble and allow for maximum attraction dispersion in cold water. By soaking the baits, they also become more impermeable to invasive scents and aromas given off by lakebed debris, which is common during the winter when the lakes contain many leaves and dying weed. 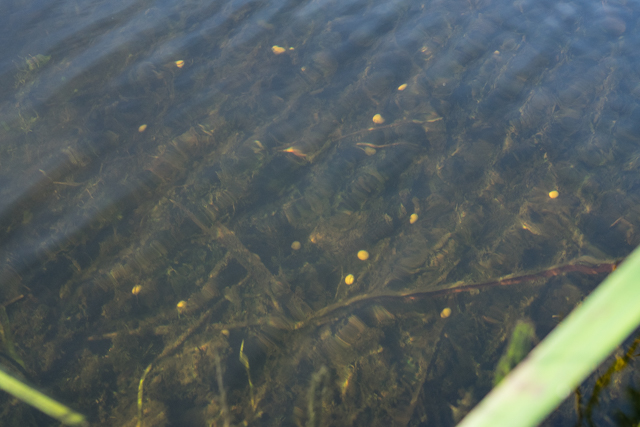 Knowing how much or how little to feed during the winter is very important, with the fish not feeding as heavily as they do at other times of year, too much bait can often go against you and make getting those bites particularly hard. I always try to air on the side of caution when using bait in the winter, a few pouchfuls of boilie can be all it takes to gain their attention. If bites are then forthcoming, you can then decide to apply more bait if needed. 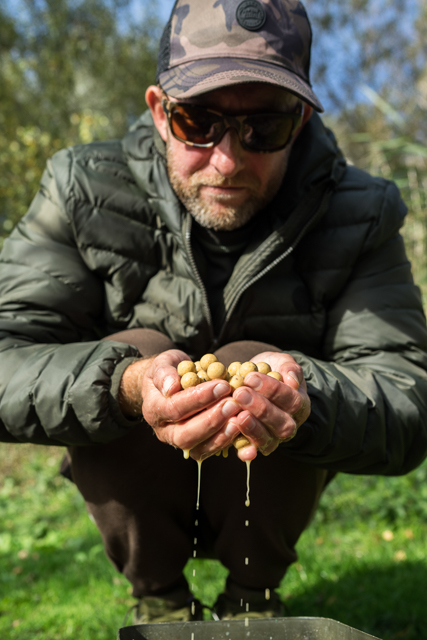 This year I have been using the three-bait stringer to great effect, it is a tactic that is often overlooked, but in my opinion,  I feel it provides enough attraction around the hookbait itself to provoke a response. To create the perfect stringer, I begin by removing a number of the softened baits from the water and place into a spare bucket. I then use a dry powdered ingredient such as a base mix to dry off the baits fully before placing into the PVA mesh. I make these up as and when I am ready to re- cast the rods, so that I do not run the risk of any moisture melting the PVA. I combine the baits with a simple bottom bait rig and use the tag end from the mesh bag to secure the hair in place. These bags are perfect for either casting to showing fish in the winter or presenting among a light scattering of bait when the right conditions arise. 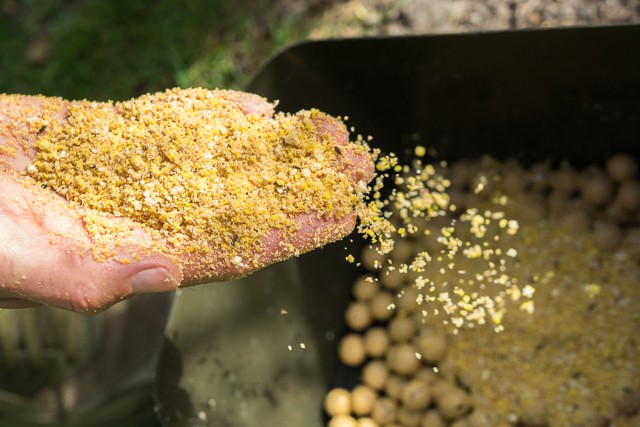 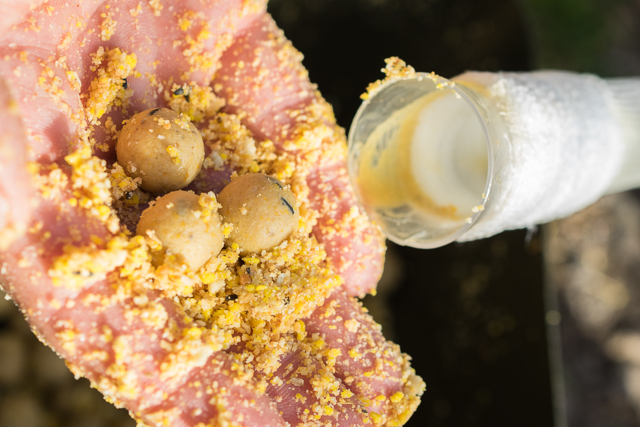 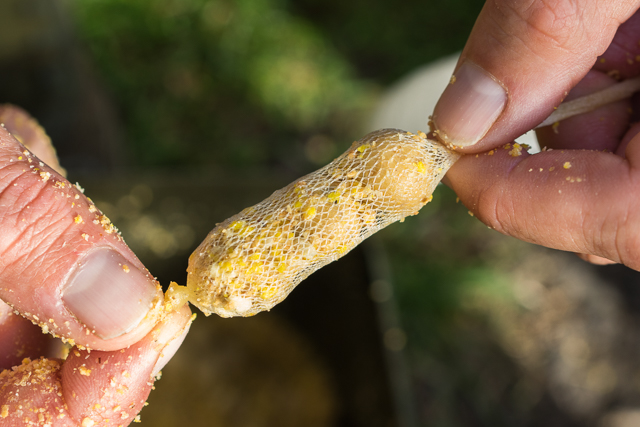 The softening tactic is something that I have used in the winter for a number of years, giving what I feel is a major edge when the fish are feeding particularly acute. The baits can be stored soaked between trips and offer a fantastic, highly attractive alternative to baits straight from the bag. Give them a go and see the effectiveness it has on your angling this winter. 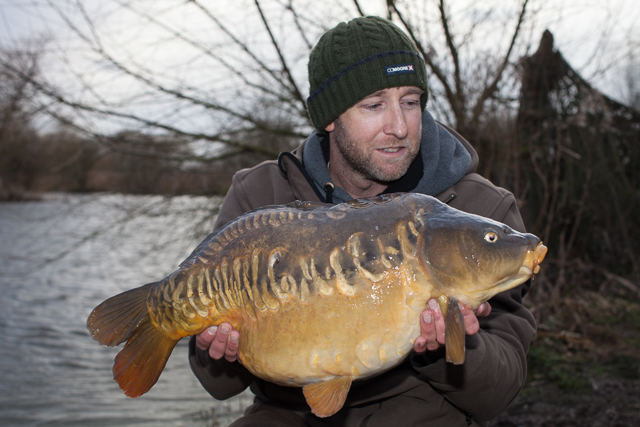 £12.49
keyboard_arrow_left PREVIOUS: Why The Helicopter Rig is All You Need! NEXT: Winter on Linbrook Lake, Ringwood keyboard_arrow_right