Why Pre Baiting is so Effective!

Prebaiting has always played a huge part in my angling, especially throughout the months of Spring, Summer and Autumn. I fish on very limited time, mainly overnighters between work so I like to make sure the spots are primed and ready for me when I turn up. I don’t always have time to go round chasing them about so knowing that I have dedicated some free food into an area over a period of time gives me the upmost confidence there will be some carp within the vicinity. Now spring has come around, I will do my homework before I start introducing any free feed, I will get to the lake in the mornings at first light and in the evening’s looking for the areas the fish will show in most frequently to give me an idea of where I need to start baiting. I will also look for ‘carpy’ snags which are bound to be visited by the fish during the spring because they will often use the branches to flank on, removing any parasites they may have picked up throughout the colder weather when they’ve been less active. 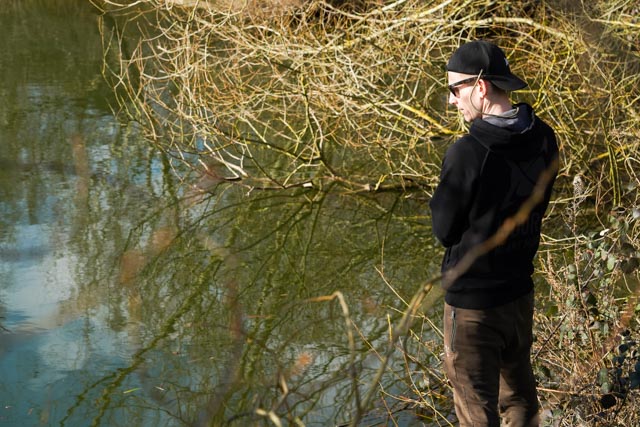 Once I have decided on a couple of areas, I will investigate them with a bare lead on my spod rod to figure out what the make-up is of the lakebed and then that is when the baiting can then start to commence. I don’t mind if there is weed present on my chosen spots, the fish will soon clear that, with lots of small food items present it won’t take long for them to rip all that debris off the bottom, the bird life will often help you too. One important thing to mention is to wrap up to your spots and make a note of it, how far it is and I like to choose a far margin marker to cast to, this makes everything much easier when it comes to introducing bait on a regular basis and means you won’t be spreading bait all over the swim 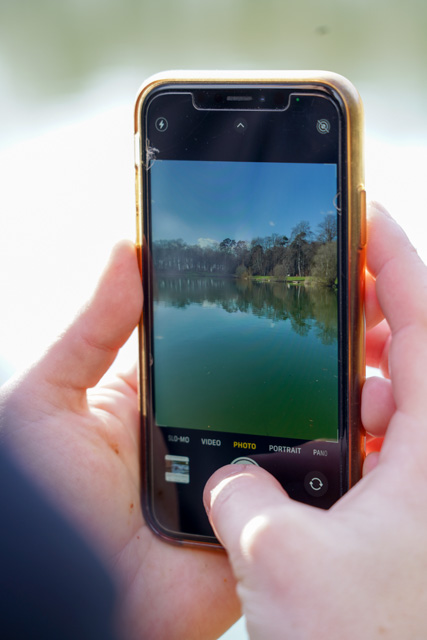 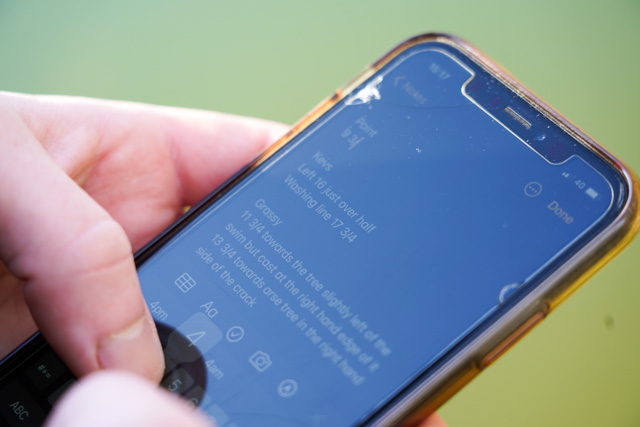 I have found it extremely important to be consistent when it comes to baiting, to begin with I may only feed once or twice a week just so the spot has time to become established by the fish. You don’t need loads of bait in the Spring anyway as the carp’s immune system is still working reasonably slow, sometimes just a few handfuls on each spot or 5-10 spombs out in the lake, after a couple of weeks I will up it to every other day so baiting up 3-4 times a week as long as I feel the bait is going or the spot is becoming firmer. 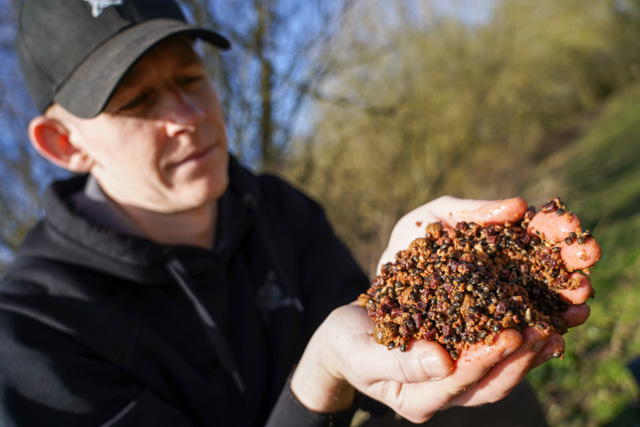 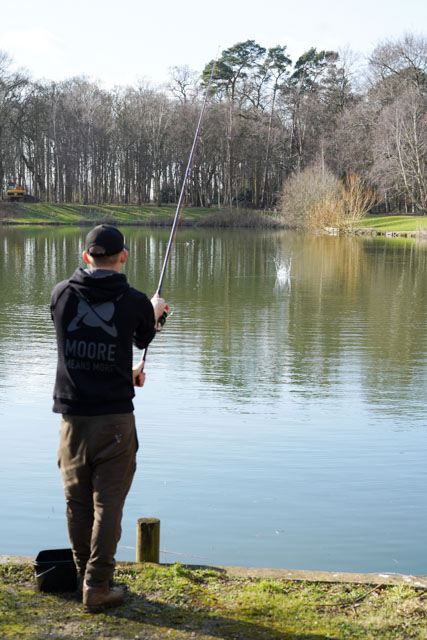 It’s all well and good putting a whole bucket of bait out but it simply isn’t required, you stand a better chance in being successful in the little and often approach and conditioning the carp into visiting that area, the more frequently you bait, the more chance the fish are going to stumble across it and get used to finding free food within that zone, hopefully making them easy targets when you do come around to do your session. I feel it’s incredibly important to make time for these little baiting trips, a lot of people say to me I don’t get time to bait up but that hour or two out of your day when you’re normally spent at home watching TV you could be utilising that to a quick check on the spots with the introduction of some more free offerings, most people can make time but it’s definitely a case of actually wanting to do it, because yes it does require lots of effort, but the rewards are definitely there for the taking. 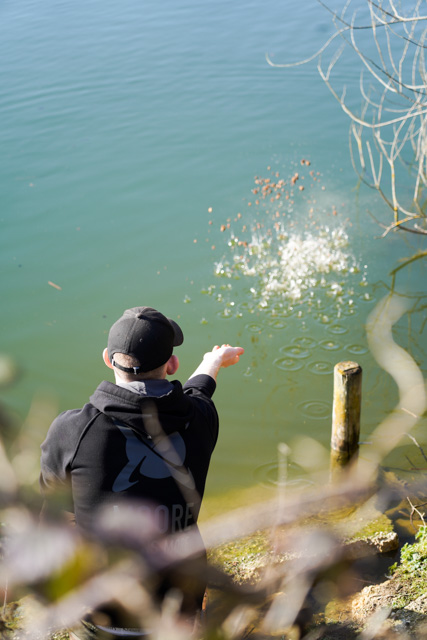 I will always make sure I have the inclusion of a few different bait options within my prebaiting mix featuring various different sizes, this serves a couple of purposes, but the main reasoning is to keep the fish present in the swim for as long as possible. The mix consists of 4 ingredients, Hemp, Boilies, Pellets & Krill Micromass to give it an extremely salty, fishy aroma. The hemp and the small pieces of boilies crumb/chops will often find their way into little crevices within the lakebed, so not matter how hard them fish may feed on the spot, I don’t believe they will actually eat every last bit. This means even though all the free offerings may look like they’re gone, there will still be scent present in the swim which will keep the fish returning on a regular basis, which is exactly what I want! If the fish are are already present in the swim when I come to bait the spot again, it means they’re going to realise that there is a constant easy food sources being served to them on a plate, making them return time after time. 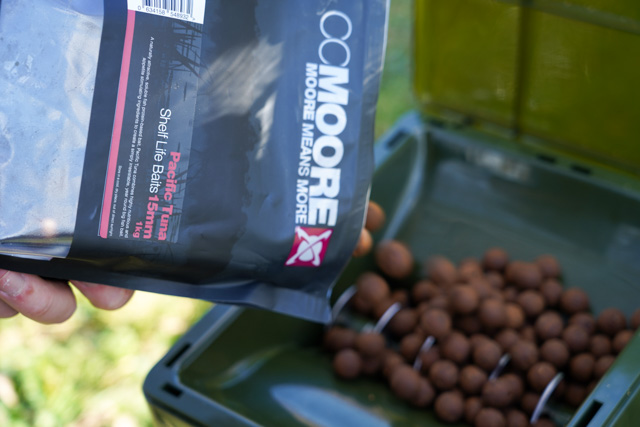 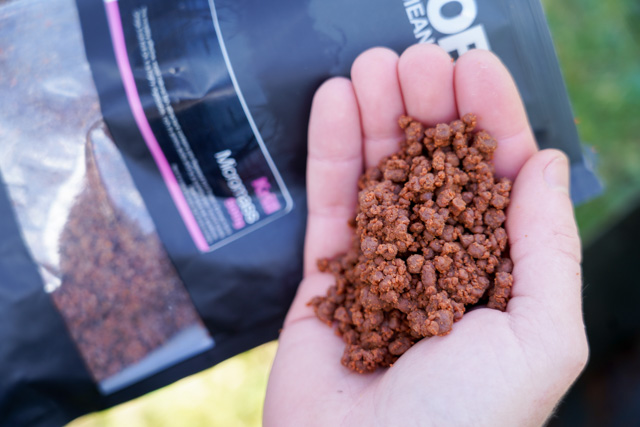 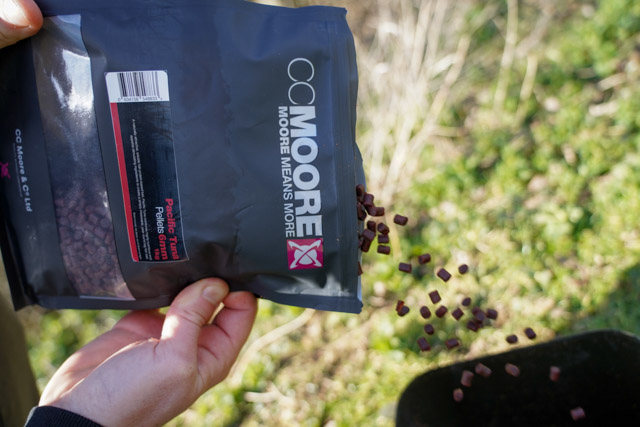 Now the spots have been primed and I’m sure there are carp within the area, when coming around to fish I don’t necessarily want them feeding like they were on the prebait. Because of all the small food items I had within the mix I feel it would make the fish quite tricky to hook because of how slow they will be moving between mouthfuls, I have seen it too many times when edge fishing, they just sit on a spot barely moving and in these situations even the best rig in the world won’t be that successful. What I like to do which I feel makes them much easier to catch is to up the size of the loose feed, I’ll cut out the hemp completely and use much bigger chops of boilies, even including some whole baits in there. I still like to have the inclusion of pellets & Krill Micromass due to the potent aroma they leak off, but I have found taking out the hemp & crumb they become far easier to catch, they actually move between mouthfuls making your rig a lot more successful in return putting you more fish on the bank. 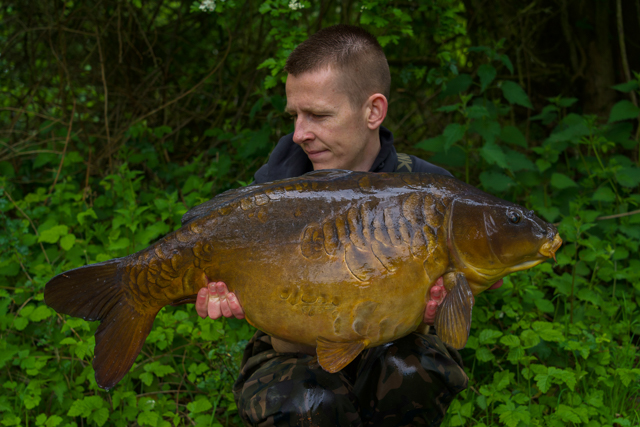 Baiting areas is by far the biggest edge within my fishing, in effect your fishing even when you’re not there, which puts you at a much better advantage over other anglers, it’s something I have always done and something that I probably always will! 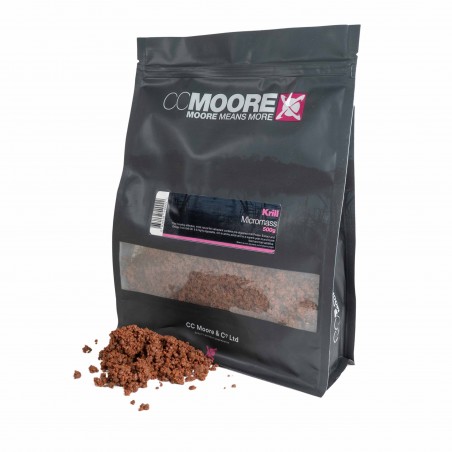 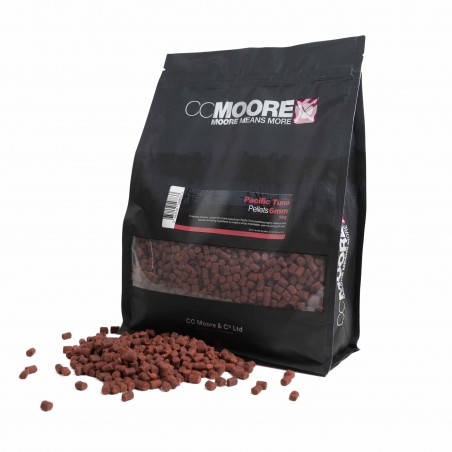 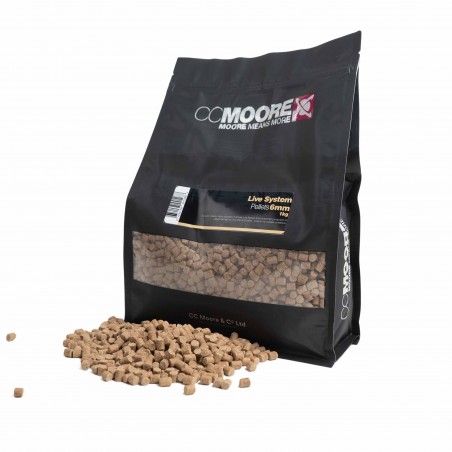