What makes dumbells so effective?

For years carp have been encountering and dealing with round baits; most anglers are using some form of boilie in their angling these days and with venues becoming more pressured every year, the carp are becoming all the more wiser. Imagine how many times these fish come into contact with a baited rig with a round shaped boilie on the hair? There is no doubting the fact that they are masters when it comes to sussing out hookbaits and round baits that carry a degree of suspicion. This is why dumbells are so effective when used, as they simply do not carry the same shape/ weight and size properties of a standard boiled bait. Firstly, the shape is one thing that makes them all the more difficult for the fish to deal with; due to the barrel form, they simply do not move in the same fashion that a round bait does. It is very much like using a double bait, it creates a much trickier food item for the fish to eject over a perfectly symmetrical shaped boilie. 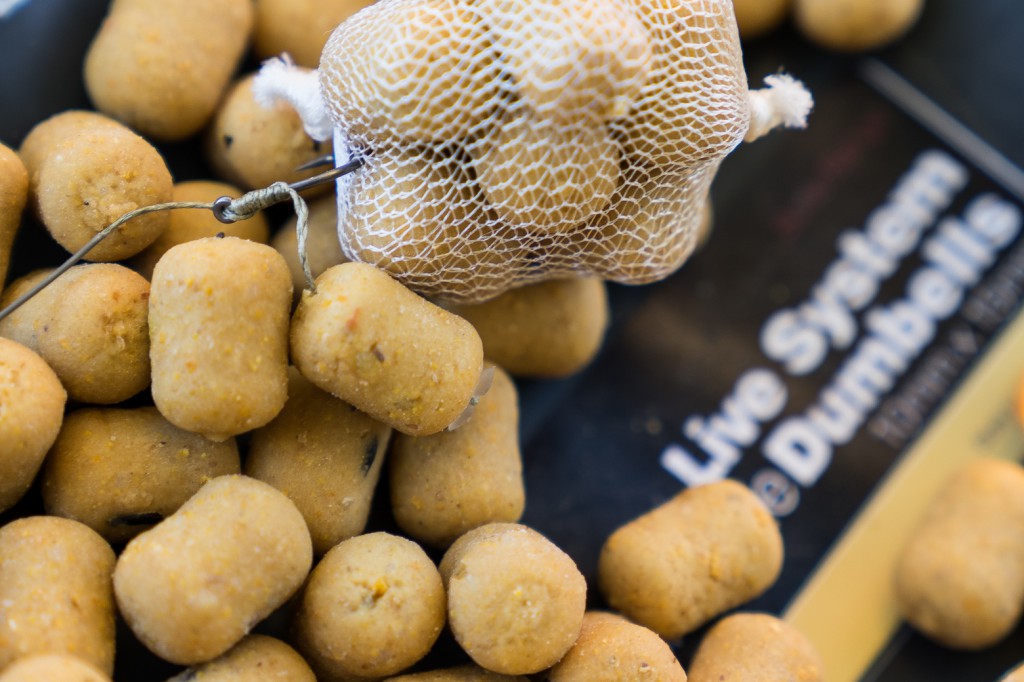 Secondly, they differ in density to that of a standard round bait, which means that the carp find it much harder to differentiate between baits when feeding. This is where adding a few handfuls of dumbells into a mix really creates something special, as the fish are much less likely to have encountered the dumbell shaped baits when feeding over a baited spot.

How can they be introduced?

Introducing dumbells is a little different to that of round baits, purely because they are odd shaped and do not fly through the air quite as easy. As a result, they can be catapulted at close range, which is perfect when trying to bait over feeding fish at close quarters as they make less disturbance on impact compared to a round bait. They can also be introduced at range via the spomb; this is the most effective way of getting these baits out to spots well beyond catapulting distance.

What hookbaits should I use alongside the dumbells?

If you are feeding large quantities of dumbells, a simple match the hatch style hookbait is perfect for tripping up wary feeding fish. CCMoore do pots of glugged dumbell hookbaits that are a similar shape and size to the loosefeed items, these hookbaits are pre- glugged in the matching bait dip and add a real punch of attraction when introduced. 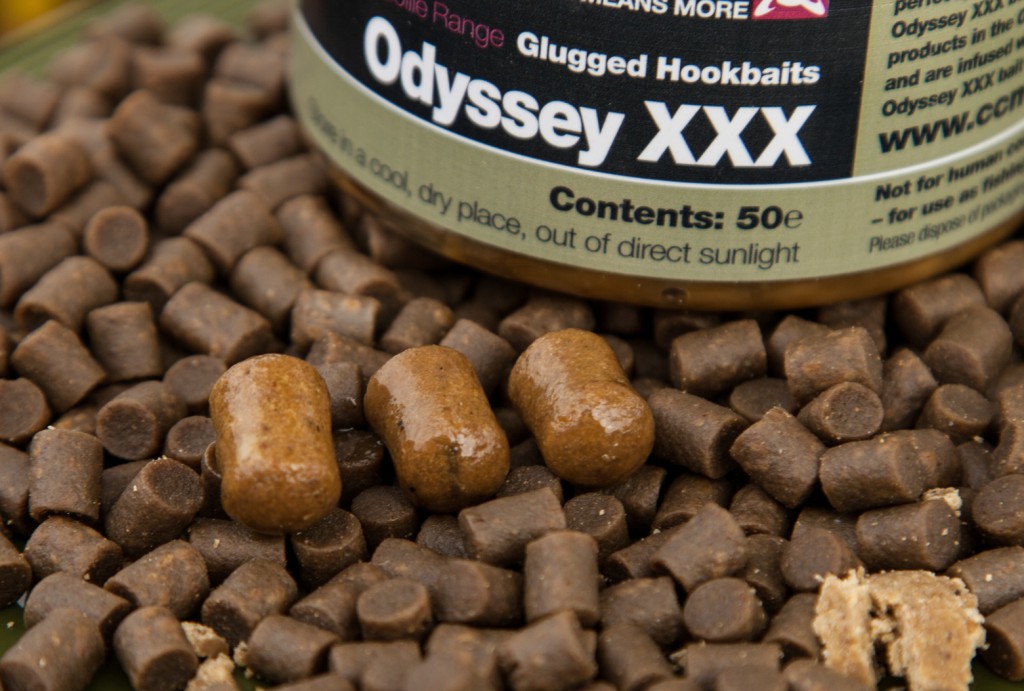 Secondly, you can mimic the dumbell boilies by taking a standard round pop- up or bottom bait and simply whittle down the sides of the bait. This is a great tactic, as you are opening up the skin of the bait to release more attraction into the swim. This can easily be done with a pair of scissors or a sharp knife, but be careful when doing so. 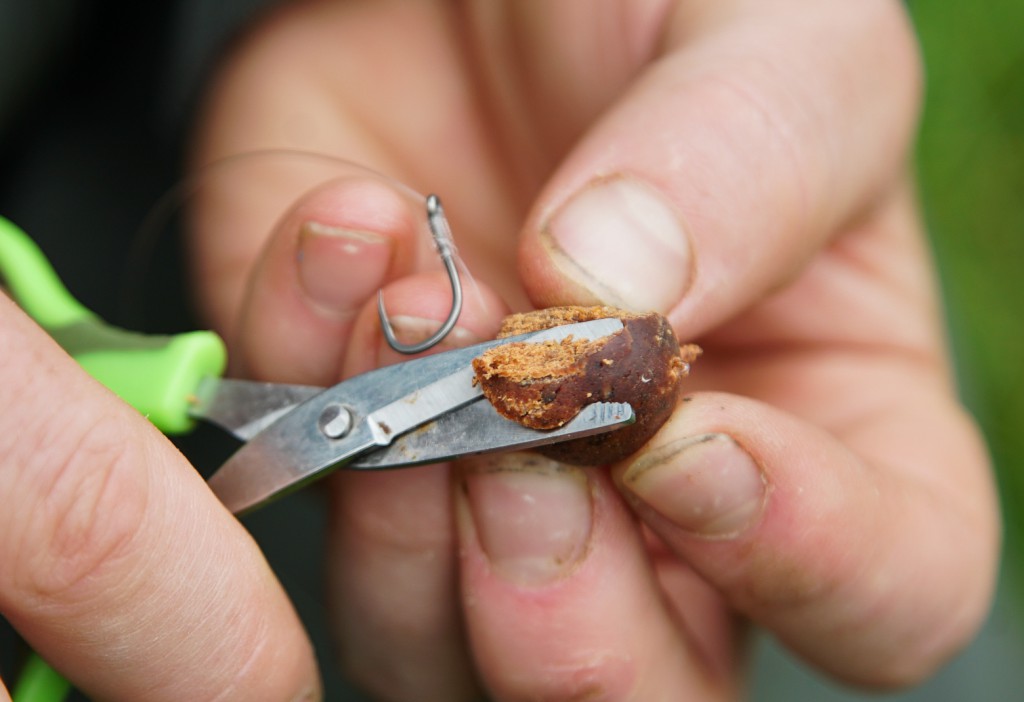 Can I mix them with standard round baits?

Yes, in fact, mixing them up with standard round baits will add a real edge into your angling, as it will create a carpet of food with different sized bait items that the fish will not be able to regulate over when feeding. What this means is that they will be less cautious of the hookbait when picking up multiple bait items that differ in size and shape. A basic 50/50 mix is a good starting point. When are dumbells best used?

Dumbells can be used on all types of venue, but really do come into their own on pressured venues that receive a lot of round baits. By simply altering the shape and weight of the bait, you are giving the fish something else to deal with. They are particularly effective when used alongside other baits items such as particle or crumbed baits in a spod mix, adding another hookbait variation that can be used over the top of a baited area.

They also make fantastic stalking baits, as quite often, fish will become extremely wary of round baits and avoid feeding on them at close quarters. The dumbells can be used whole or simply broken into small chunks and introduced to likely looking areas in the margins. 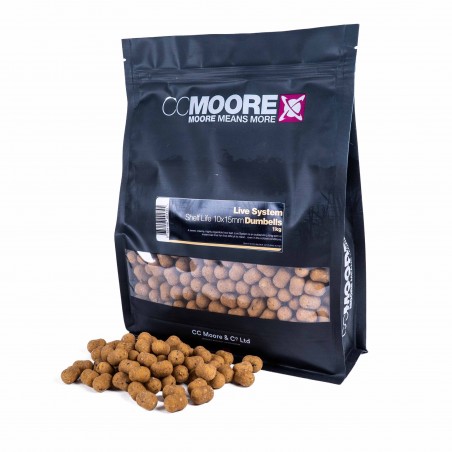 £12.25
keyboard_arrow_left PREVIOUS: Should I Spomb In Winter? NEXT: Is Line Concealment in Winter Necessary? keyboard_arrow_right