The German rig ticks all of the boxes for me. It is a simple, easy to tie rig that has excellent rig mechanics and undoubtedly strong hook holds. The rig is suitable for both bottom baits and wafters, but with a split shot positioned a few millimetres below the hook it also becomes a really effective pop up rig.

I exclusively use the German rig in all aspects of my fishing as there are many benefits to it. But the primary reason I use it is due to the speed at which you can construct it. I have a full time job and a young family - I simply do not have the time to spend hours tying complicated rigs. I can tie this rig in under two minutes. But do not be fooled by the simplicity of the rig, as they often say - ‘less is more’, and the mechanics of this rig make it extremely difficult for carp to eject it once it is in their mouth. Proof of this is that in 2020 I landed every run I had, including some fantastic carp to over 30lb. This is testament to the excellent hook holds the rig provides. The rig also has great anti-tangle properties due to the simplicity of the rig, and when used in conjunction with an anti-tangle sleeve it makes it excellent for use when fishing at range.

Here's how to tie it-

Begin by taken your chosen hooklink material, both braid or stiffer mono/ fluoro are suitable

Add your chosen bait mounting component, I prefer a ring bait screw and use a hook bead to hold in place 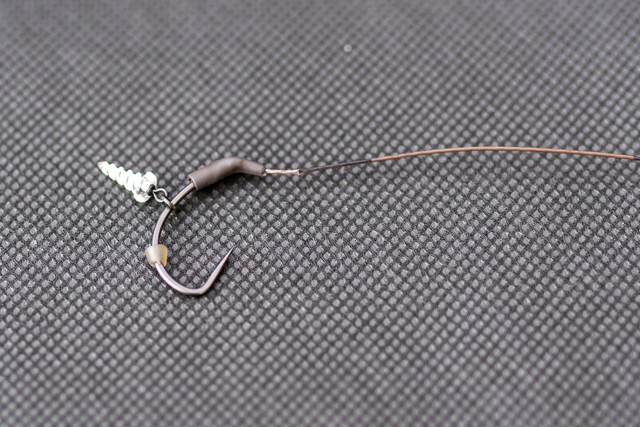 For an aggressive hooking set- up, you can slide on a kicker 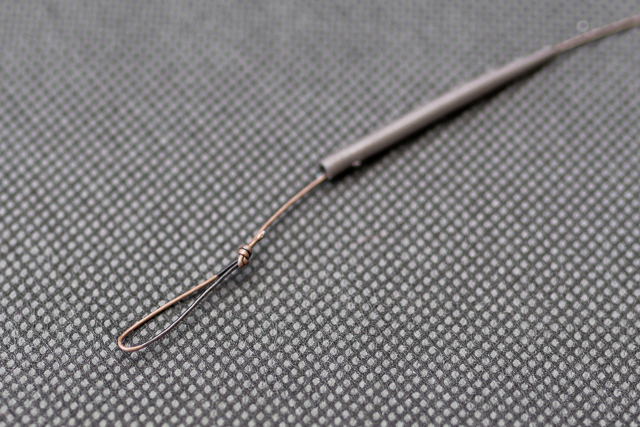 I finish the rig with an anti- tangle sleeve and large, quick- change loop

My favourite hook-bait to use all year round is the CCMoore Pacific Tuna 15mm wafter, as the German rig was designed to suit wafters more so than any other hook-bait. The rig sits with the hook masked by the hook bait, so any wary carp will not notice the danger until it is too late. I attach my German rig via a loop to a quick change swivel, which makes it really easy for me to slide on a small PVA stick. Not only does a stick add to the attraction of the hook bait, and protect my hook from being masked by any debris, but most importantly inhibits it from getting damaged by any sharp gravel.

Providing that you use the correct lead arrangement, the German rig can be used on either silt or gravel spots without its effectiveness being compromised. In my fishing, I often look for features to fish up against – typically a set of lily pads or a weed bed. The rig sits perfectly and blends in well with the lake bed helping to disguise it from wary carp, I believe this rig is perfect for snag fishing due to the low lying nature of the rig, the strength in the components and the really firm hook holds it gives allowing you to put the pressure on to steer the carp out of the snags without the worry of a poor hook hold.. I typically use the German rig in conjunction with an inline lead system, and connect the rig to a quick change swivel, as mentioned above. I prefer an inline lead with this rig as I believe that the fish feels the full weight of the lead quicker due to the bolt effect, which ultimately results in stronger hook holds.

A successful rig always takes into account how a carp hoovers up food. As soon as the bait is sucked in, the hook turns and drops into the bottom lip. When the fish attempts to eject the bait, it simply slides down the shank of the hook leaving the hook unimpaired, which then leads to the carp panicking and bolting which is where the weight of the inline lead driving the hook home comes into effect. 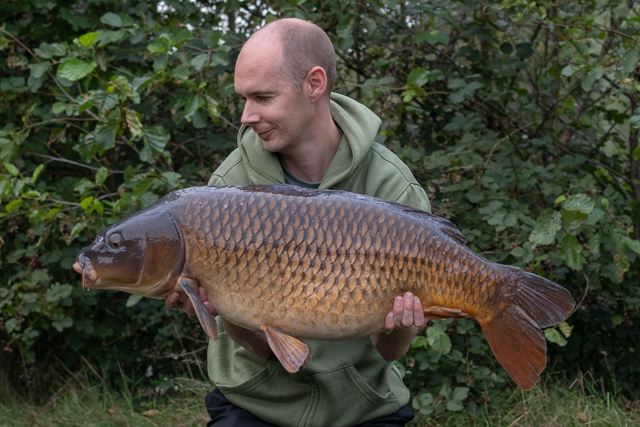 I genuinely believe that the German rig is the most successful and versatile rig that I have ever used. Not losing a fish in 2020 is testament to its effectiveness, which has done amazing things for my confidence - an edge in itself. There is nothing worse than sitting behind the rods doubting your presentation, or winding in to find that the rig was tangled. With the German rig this is something you need not worry about. I would encourage everyone to give this rig a go, as for the time it takes to make, and the minimal amount of components needed, you have nothing to lose but so much to gain.

See you on the bank some time