Farlows lake 1 is every carp anglers dream lake, full of islands, bays, snags, bars, you name it, it has it, and that’s not to mention the incredible stock of dark scaley carp! It is around 25 acres in size with approximately 1200 carp present, so although it’s quite a chunk of water with many places for them fish to tuck themselves away, you know there will almost certainly be fish in front of most swims due to the fantastic stock. I would have thought at the right time of year there is around 100 30lb+ fish, not to mention a few 40’s to target and like previously mentioned they’re extremely dark due to it being a crystal clear and full of weed!

Farlows also has an onsite tackle shop, as well as toilet and shower facilities so it is a perfect destination to go if you’re an overnight angler or you like to do longer sessions.

If you have never fished Farlows before it would be advised to go on a weekday as it can get very busy on the weekends due to it being so popular. Making sure you’re on the gate nice and early is definitely key, not so much to get in an empty swim but to have a walk round, speak to a few anglers and see where the bulk of the fish are situated, then you can get a feel for where you need to be and hatch a plan from there. You will notice some of the quiet back bays tend to get less attention that the bigger swims featuring the larger bodies of water, but that doesn’t mean there aren’t carp present.

A lot of the time you will walk into a neglected corner, stand watching quietly with a pair of polaroid’s then notice some dark shapes moving in and out of the marginal snags, these can present quick opportunities and shouldn’t be overlooked. If you don’t seem to find anything to go on, don’t ignore the bailiffs help, they are there day in day out and will know what’s going on better than everyone and will be more than willing to give you some advice. I see a lot of people visiting the venue for the first time with the perception that if they can’t get in the ‘going swim’ they won’t catch and that’s certainly not the case, at the end of the day the fish have fins and do move about all over the lake, especially when weather fronts come in, so go with an open mind and don’t choose your swim before you have arrived at the lake because it can often sting you! 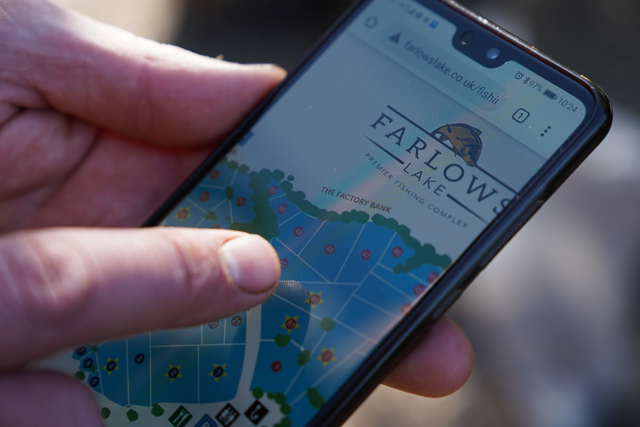 What am I looking to fish over?

Farlows can be incredibly weedy over the warmer months, although they do have a weed boat that comes in the Summer it will never get it all, so you need to be prepared to fish in and around the weed, having said that there is multiple harder spots in most swims that are perfect for presenting rigs over, it’s just a case of leads around with a spod/marker rod and looking for them more presentable areas, or if you feel confident to do so, fish in the green stuff. If there is an island in your chosen swim it’s well worth investigating tight up against it as a lot of the islands are undercut and generally quite clean to, these are fantastic holding spots for the carp as it provides them with cover and sanctuary. 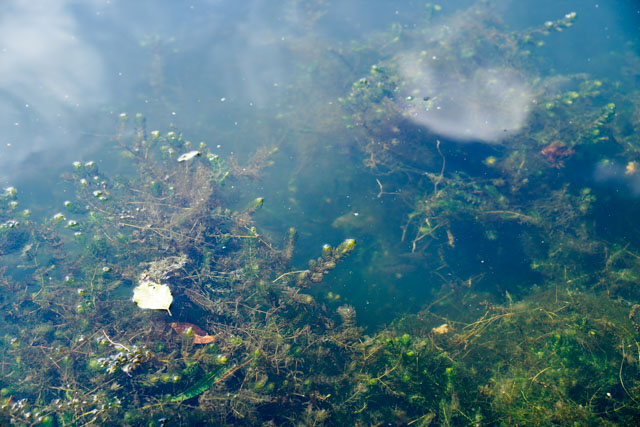 Don’t ignore the margins, like every carp lake the margins are a fantastic feature and tend to be the most overlooked, a lot of people turn up to a lake with the persona that they have to cast to the middle and that really isn’t the case, sometimes just being quiet and stealthy can lead to extra bites at extreme close quarters. 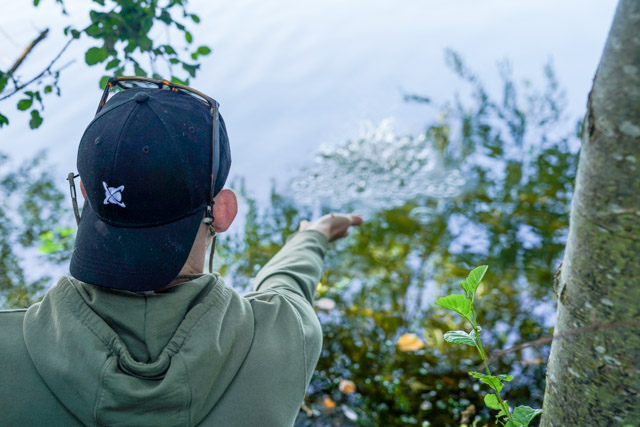 Beef Up Your Gear

Because of the nature that the lake is, there is a lot of underwater obstacles, such as gravel bars & beds of mussels, these can be savage when it comes to fishing over the top of them so using strong tackle is highly advised. There is a minimum mainline rule of 15lb but its well worth using a heavy duty fluoro leader, normal leaders like leadcore and safe zone are banned so a thick fluoro is definitely the best option to get around the sharp debris that may be present on the bottom. 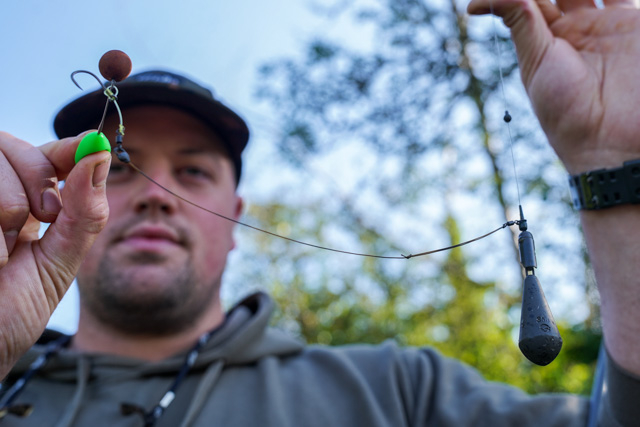 When leading about you may feel like you’ve found a nice gravel spot but a lot of the time it can be a huge bed of mussels with razor edges to ensuring that your tackle is up to strength will make the difference between landing potentially a fish of a lifetime or getting cut off.

Now, there is a lot of fish present in farlows, not only carp but a lot of bream and tench also, not to mention the abundance of birdlife that the lake accommodates. Because of this it is definitely advised to take a decent amount of bait with you. You can always put more bait out if you need to, but if you don’t have it then that could be game over. 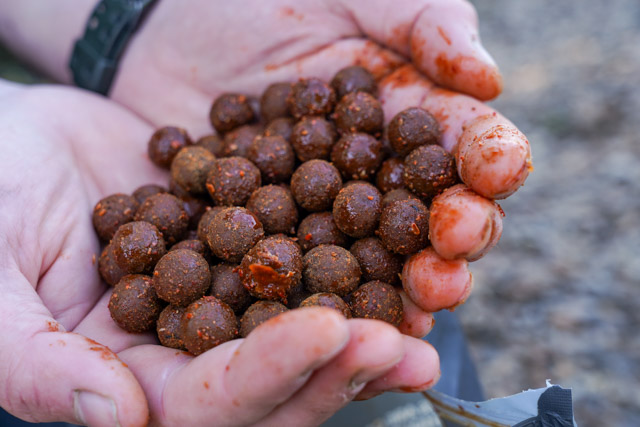 Due to the sheer amount of bream a boilie only approach is definitely recommended in the deeper open water spots, also adding a few tiger nuts to the mix will make sure there will be some bait left on the spot even if the bream move in, although the bream will take tigernuts, their teeth aren’t strong enough to crunch them so they will spit them back out leaving them on the spot for when the carp move in. if you’re fishing shallower spots in the edge or up against the islands you may be able to get away with using pellets/particles, but avoid them for open water use otherwise you will be plagued by the snottys! 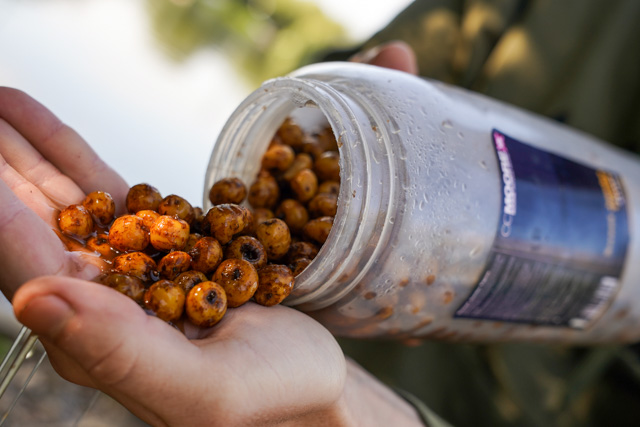 A spread of boilie can be effective over the size of half a tennis court size with multiple rods placed on the spot, having a spread of bait like this makes the fish easier to catch because they have to move a lot more between mouthfuls which in return makes your rigs more successful.

Any rig will work on the right day but ensuring it’s presented to the best of your ability is definitely key, stiff hinge rigs are definitely a winner and can be fished over a multitude of lakebeds due to using a pop-up hookbait making them more diverse.

With your hookbait that bit higher off the lakebed can also help deter the bream, but more importantly keeping your hook out the way of any debris that may be present on the bottom. Fishing these on helicopter rigs with the top bead set to where you think it needs to be helps eliminate tangles and ensures your rig presentation isn’t hindered. Now when it comes to hookbaits they absolutely love a bright one! Most colours will work but standout fish producers have to be the pinks, time after time it’s always the pink that will go first, so always having a pink on one rod can be a winner. 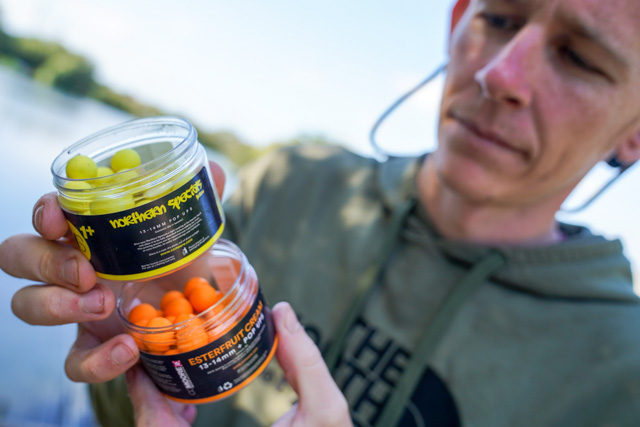 If you’re finding its fishing a bit tricky and you have fish over your spots but aren’t getting pick-ups then try a match the hatch presentation, what is meaned by this is to use a pop-up that mimics the colour of your loose feed and not a standout bold colour. Using a matching hookbait can sometimes get you an extra bite when other tactics may fail, it can also single out some of the trickier more wary fish that may be present in your swim. 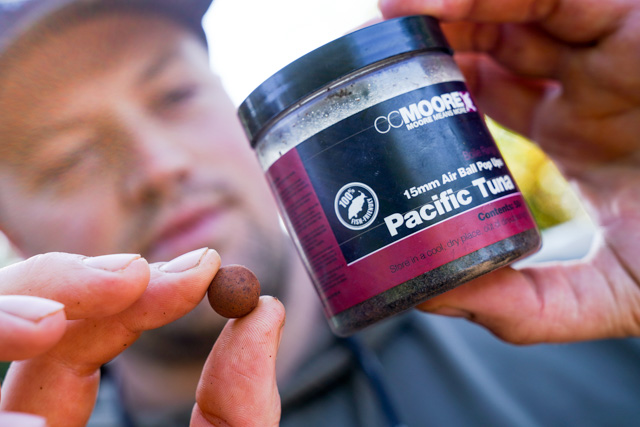 Every carp loves a floating hookbait on a warm day and this is no exception with Farlows, the only problem is the birdlife. The coot’s, geese and swans aren’t necessarily the issue, but the seagulls on the other hand are an absolute nightmare. Due to there being such a large population of gulls on the lake it is important that if you do want to try your luck at a bit of floater fishing you take enough floaters. 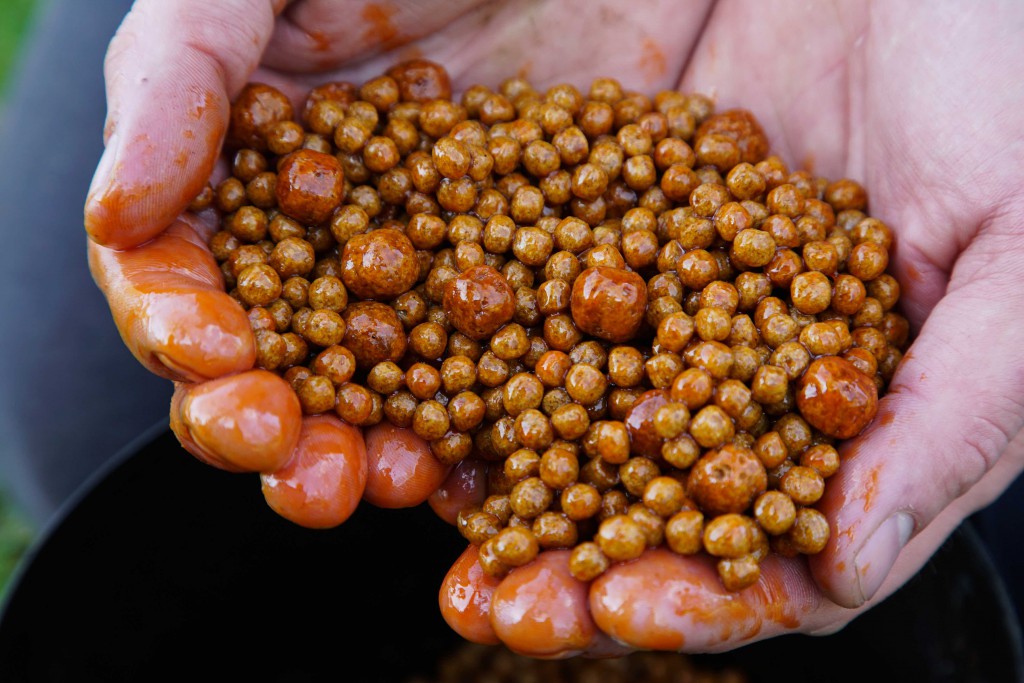 Sometimes you can use excessive amounts throughout the day competing with the birds but also the carp. With there being such a large stock of fish present you will often get them taking fairly quickly and the constant introduction of floating baits can often get them going like pac-man! when introducing the floaters via a spomb you can leave the braid on the surface and it will deter the gulls from dive bombing the spot briefly, but if there is a ripple on the spomb may drift out of position. 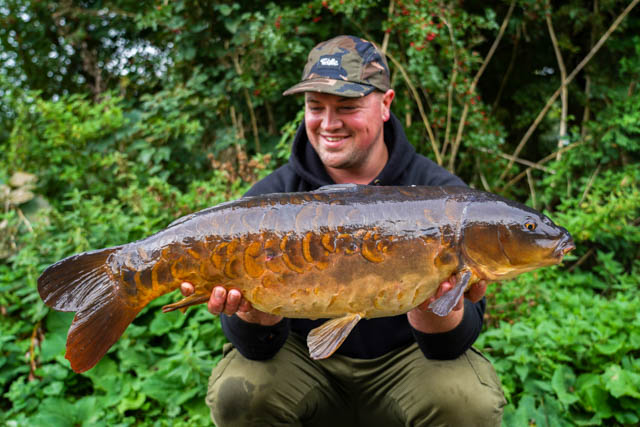 It is a fantastic method to catch them on, but you need to be aware of the birdlife that resides on the lake.

A lot of venues slow down throughout the months of Winter, but Farlows most certainly carries on, a mixture of people continuing to fish, casting more leads about and the high stock density means the fish keep moving throughout the colder months burning energy which they need to replenish by eating, ok it may not be as prolific as in the warmer months and location may play a bigger part in success but if you choose the right area and use the correct tactics, the rewards are definitely there for the taking. 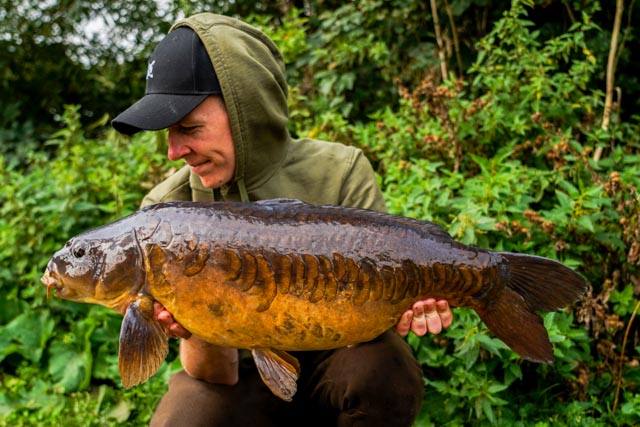 During the warmer months the fish are catchable from all over the lake and can be very responsive to a decent amount of bait, with this being said there are hits to be had and catches of 10-20 carp will present themselves if you go about it in the correct way. 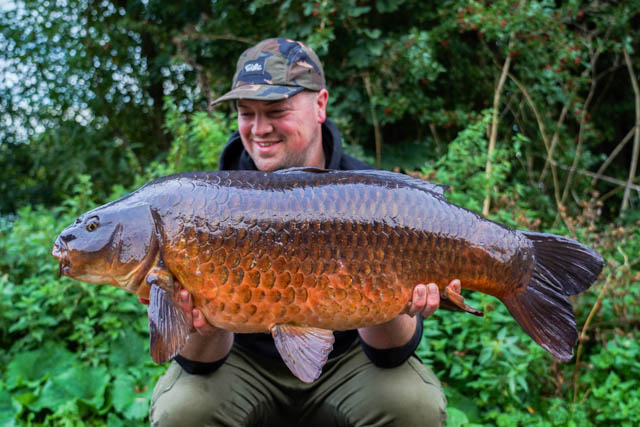 Farlows is steeped in history and has always held lots of dark old scaley carp with plenty of stories to tell, it is well worth a visit if you want the chance of some lovely fish with the chance of a biggun!