Banton’s Lake on the Wyreside complex is a beautiful venue. Set in breathtaking surroundings at the foot of the Bowland Fells in rural Lancashire, it’s gin clear, weedy waters hold some incredible old carp and it’s a venue I’ve done well on over the years. The lake itself is around 10 acres in size and contains a stock of around 200 carp up to mid 30’s and arguably some of the best looking fish in the North West. 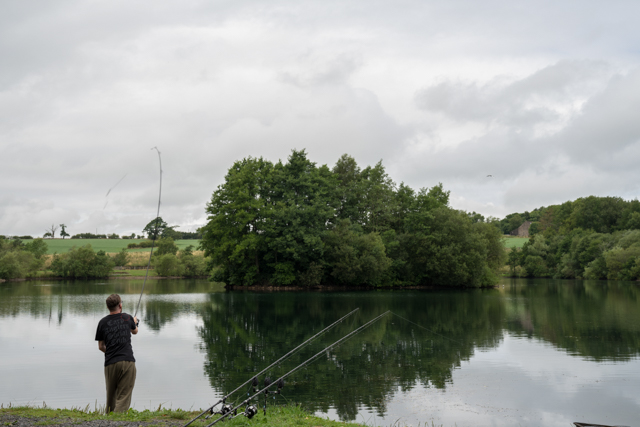 Banton’s Lake consists of 17 swims, all of which are capable of producing fish at the right times. There’s some deeper water out in front of the aptly named ‘Deep Bay’ ‘are of the lake which can come into their own during the colder months, but the fish certainly do love the weed in the shallower areas of the lake during warmer months, and they’re generally not too hard to find. They do like to put on a good show and remain active during the day, moving in and out of the weed, and so if you spend the time looking for them, you can always ensure that you’re on fish, and so long as you’re on them, they’re perfectly catchable.

The lake is undulated with gravel bars, deeper silty gullies and during the warmer months; a huge amount of weed, which does put a lot of people off, but the carp love it, and as long as you’re fishing sensibly, the weed doesn’t cause too many issues. Locating spots can be tricky at times, but in some areas of the lake that are consumed with floor to surface weed - were you can see the weed on the surface, marks where it starts and ends, so a lead around can often quickly reveal the clear areas. 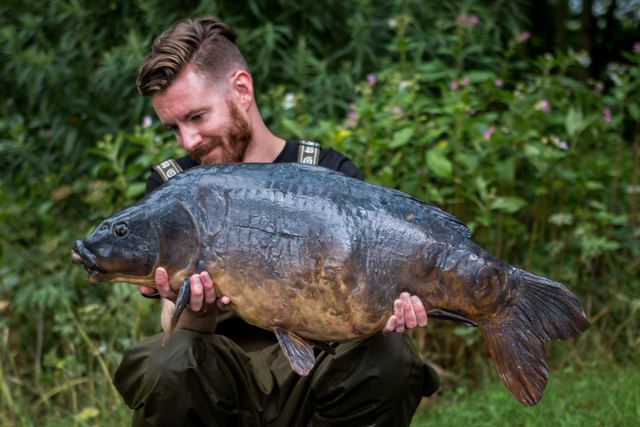 These clear areas tend to be quite blatant too. The lakes on the complex were originally dug to build the M6 motorway way-back-when, and the bottom can be very rocky and you’ll often find your leads come back dinked or with bits of the coating missing - it really is quite harsh in places, and from what I’ve discovered, the more blatant the spot; the better. This does sort of go against everything that I would normally advocate, but the most blatant spots have accounted for some of my most memorable sessions.

When looking for spots, I’m looking for areas close to the weed. The carp spend a huge amount of their time in there as it’s where they feel safe, and after locating my chosen area, I use a scattered boilie-only approach, which I feel lends itself perfectly to drawing the carp out from their safe-havens. I make sure that a good helping of bait lands in those inaccessible areas in amongst the dense weed. The idea being, that the fish know these are safe, and will eat these without hesitation before, without even realising it, will move out of the weed and onto the clear areas to feed. A sort of “Hansel and Gretel” approach if you like, luring them out to eat one bait after another, until they make their mistake, and it’s a tactic that’s worked time and time again for me. 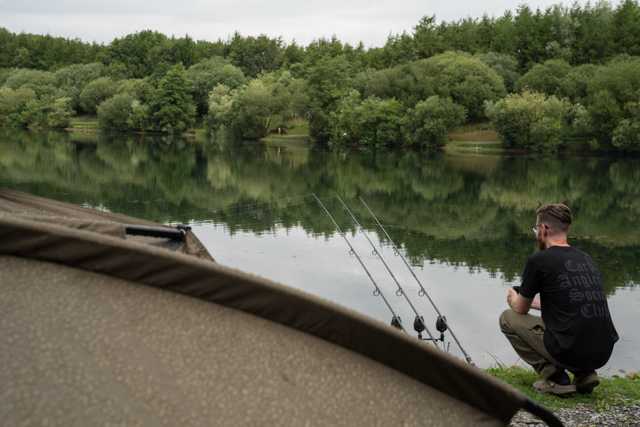 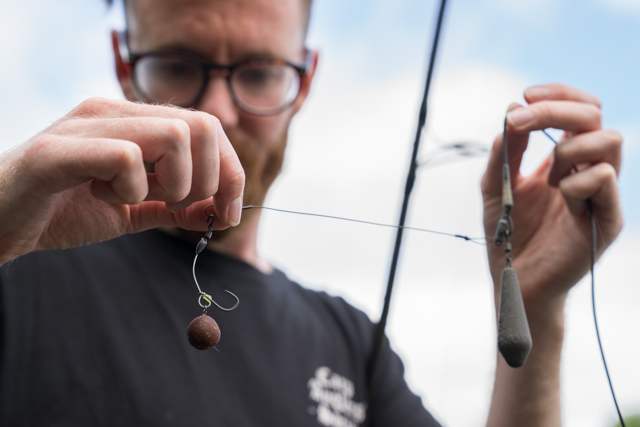 One exception to this rule however, is when we start to move into the evening. I always like to reposition 1 or 2 rods into the deeper, siltier areas of the lake during the hours of darkness. During daylight hours, the weed photosynthesises, giving off oxygen, whereas at night, the weed will soak up the oxygen, meaning that it’s not a very comfortable place for a carp to sit all night, and as such, will likely move out into open water where oxygen levels are higher, and are more likely to feed in those areas. Over the course of a 24 or 48hr session, this can ensure that the bobbins remain active day and night. 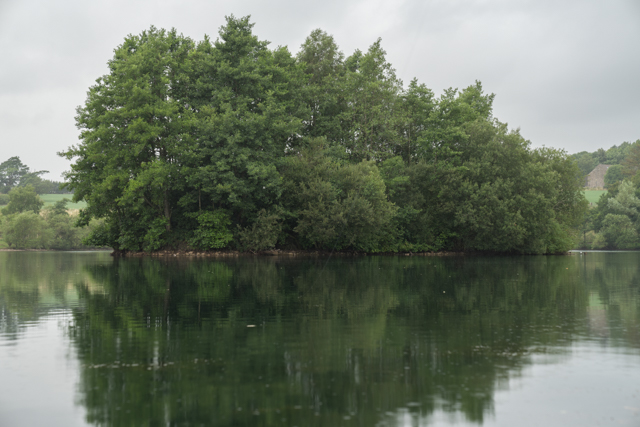 I’m not an angler that tends to mess about with rigs too much and so my tried and tested semi-stiff hinge is the only rig I’ve ever used on Bantons and suits my boilie-only approach perfectly. Although the spots that I’m fishing are generally clean, there’s always the odd bit of loose weed here and there, so it ensures that everything is presented correctly should the rig land on some low-lying weed. 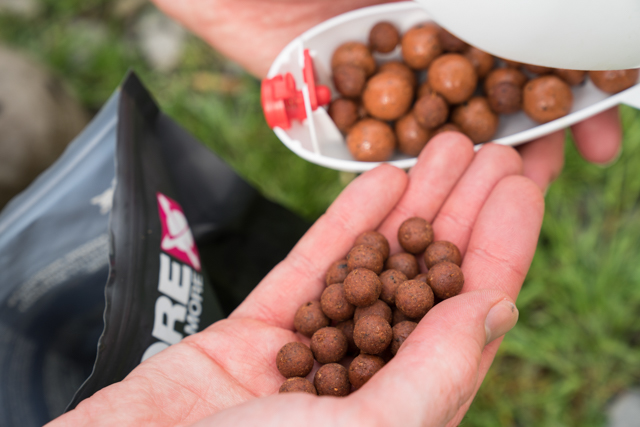 In terms of bait itself; my boilie of choice has forever been the Pacific Tuna. It’s a bait that has worked for me on every lake I’ve ever taken it to and I just have the ultimate confidence in it. Quite often I’ll just use it straight out of the bag, but one tactic that I certainly think has accounted for the odd bonus fish is to rehydrate or wash out my baits during my session. I’ll usually tip a couple of kilo into a bucket with some lake water when I arrive at the lake and add a good helping of liquid and give it a good swill around. Then when you come to use them, the bait is at full saturation, and has taken on a washed out appearance, making it appear safe to the fish as a bait that has been sat on the spot for a while. 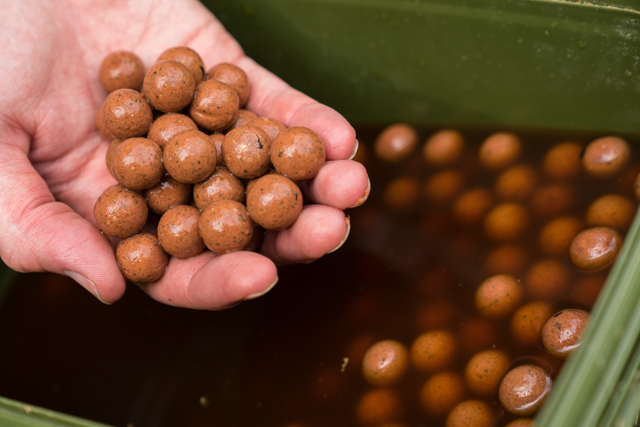 As I alluded to earlier in the article, you do need to ensure that you’re fishing sensibly as the weed can be quite severe during the warmer months. Strong lines and end tackle are a must and fishing a tight clutch will prevent the fish from ploughing straight through a weedbed on the take. It’s inevitable however that the fish will find a weedbed on the way in, and it’s just important to take your time. Walking back with the rod held high under steady pressure can keep the fish moving, but if it does become solid, simply pop the rod back on the rest until the fish frees itself. This may take some time, but it’s far better than dragging them back through the weed! 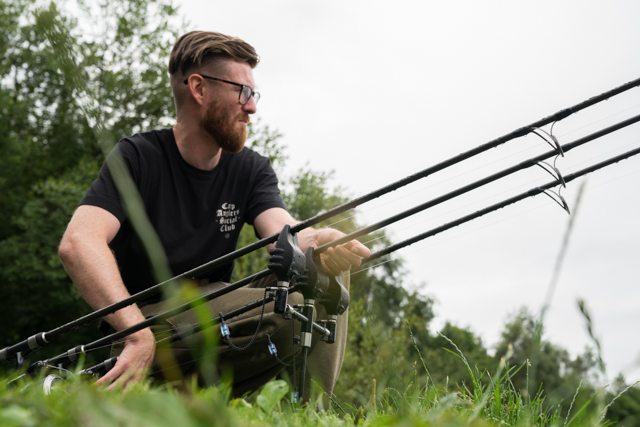 In summary, Batons Lake is a bit of a carp anglers dream and does have a bit of everything - beautiful fish, equally beautiful surroundings and the perfect place to sit and watch the world go by on those long summer evenings. Hopefully the tactics I’ve outlined in this article will help you put some of its inhabitants on the bank and maybe I’ll catch you down there sometime. Tight lines. 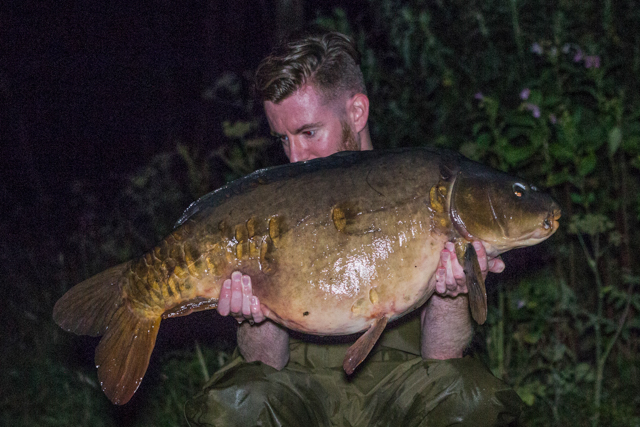