France is a country full of lakes, rivers and canals giving home to some truly huge carp. Many of us plan an annual trip over the channel in the hope of hoisting one of these monsters up for the lens and come the 28th of August it was my turn. The venue of choice was the infamous Les Teillatts Lake. There’s few venues in the world that can boast the stock this place has hidden under its watery lid with three commons and a mirror recorded over 80lb along with countless 70s, 60s and 50s too.

Friday was the day of departure and good friend Kia Sangar who was to accompany me on the trip arrived to load up and make the drive to Dover. From there, we boarded the coach and tried to get some sleep before arriving at the lake early Saturday morning. We stepped off the coach to be greeted by bright sunshine and high pressure. Not ideal fishing conditions but the weather was due to change so hopes were never lost. After a lap of the lake and some info on the previous weeks captures we had the dreaded draw. Anyone that’s ever fished a match or had a French trip run like this will know the feeling you get before the draws. You just have to accept that what will be will be. With about 25 acres of water and only 13 anglers you have a fair bit of water in every swim.

Kia drew ball number 8 and I drew 9. He opted for a swim called Rock In The Woods while I pitched up to his right in Biffos. This peg offered me a big chunk of open water but was the deepest part of the lake. First came the task of finding where and what I wanted to present my rigs on. With weed not being an issue, as the water has been dyed due to previous problems, it was a case of casting a bare lead around to try and find something different to the vast amounts of soft silt in front of me. The rod was clipped up at 120 yards and feature-finding commenced – after about 20 casts I had found a firmer area at 100 yards. At this point I will tell you that the swim to my right was empty but I had opted to leave that water untouched in the hope of giving the fish some sanctuary to sit in. So, after dinner, 3 rods were put out with a rod length between each and about 20 Spombs of 18mm Equinox and Pacific Tuna freezer baits over the top. The kettle was then on the stove and we sat back to watch the light fade over our first night on the lake. 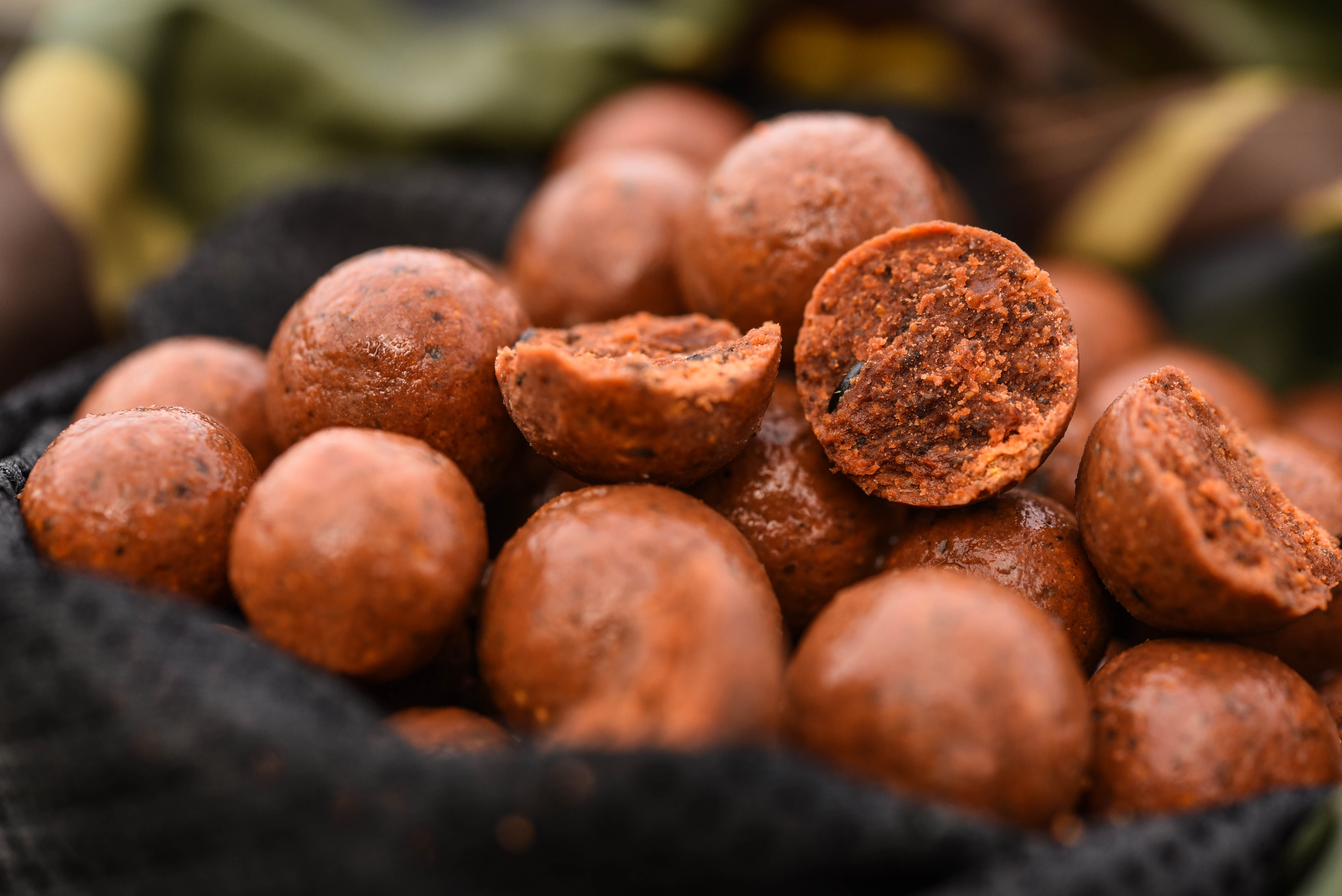 I awoke at 6am Sunday morning, with my eyes squinting as the sun rose over the east bank opposite. Still my bobbins sat motionless but my hopes and anticipation were higher than ever before. As the morning went by and the sun sat at its highest point the temperature peaked at 34 degrees without a cloud in sight. Apart from a few bream that day I went into the evening with a dry weigh sling. Mondays weather was due to copy Sundays and it didn’t fail to deliver with sun and high pressures once again putting any carp off feeding in the 17 foot of water I needed them to. By Monday evening I had decided to put a rod further to my right where the carp had done what we expected and sat in unpressured water – 96 yards was to be the distance and what felt like pea gravel was the feature. By Tuesday, I had figured that the best bite time seemed be from midday until last light, so with breakfast dealt with on the third morning I re-chucked the two rods to the newer spot with 18mm hardened Equinox hook baits which I had drilled and corked out to help take the weight of the hook away. At 11am, the right hand rod rattled off and a 37lb mirror graced my net, which was more than welcome. I quickly retained the fish safely and put the rod back out with 8 more Spombs of boilie. I donned the waders to lift her aloft for some snaps but just as the shutter went so did my middle rod again on the 96 yards to the right. Without hesitation, I released the fish and hit the rod. 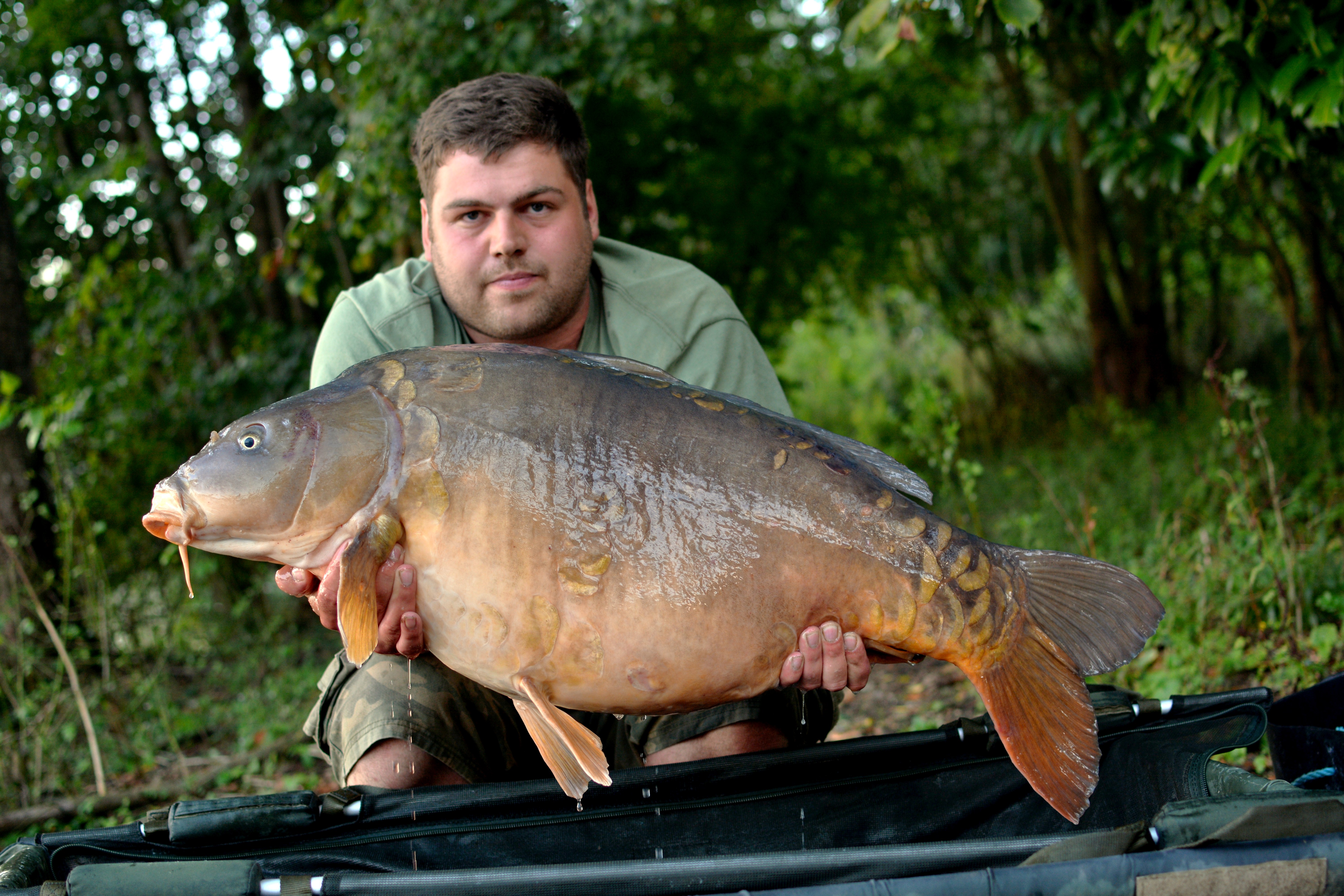 There’s a barbless hook rule so pressure was kept on at all times and I started to gain line on what felt like a submarine. After a few backwinds I soon gained enough line to have the fish plodding along the bottom of the steep marginal shelf in front of me. My heart was racing by this stage having never felt anything like this before but a cool head was needed to tease her up the shelf. Once up the shelf I caught a glimpse of what I had attached myself to, which only weakened the knees more. But at the first time of asking Kia pulled the nets arms either side of this monster of a carp. The next 10 minutes is a blur, even now. A weight of 82lb 8oz was recorded and the difficult task of lifting what I now know as The Long Common for the camera was done. A truly magical moment in my angling so far.

After two hours of pacing around trying to take in what had just happened, I eventually got the rods back out but this time all three rods were swung to the right and clipped up at 96 yards. I had three more fish that afternoon up to a 50lb 12oz mirror. After this the weather really settled in my favour with temperatures at 22 degrees and long periods over overcast skis coupled with north westerly winds into my area for the rest of the week. The spot seen a further 20kg of 18mm equinox and Pacific Tuna that week with a further 13 carp to be caught from it – all on drilled and corked matching hook baits fished on a semi stiff hooklink material. I used a blow-back style rig to make sure they will reset with a healthy amount of shrink tube, which helps to set those barbless hooks and keep them lodged in until you have to remove them on the mat. 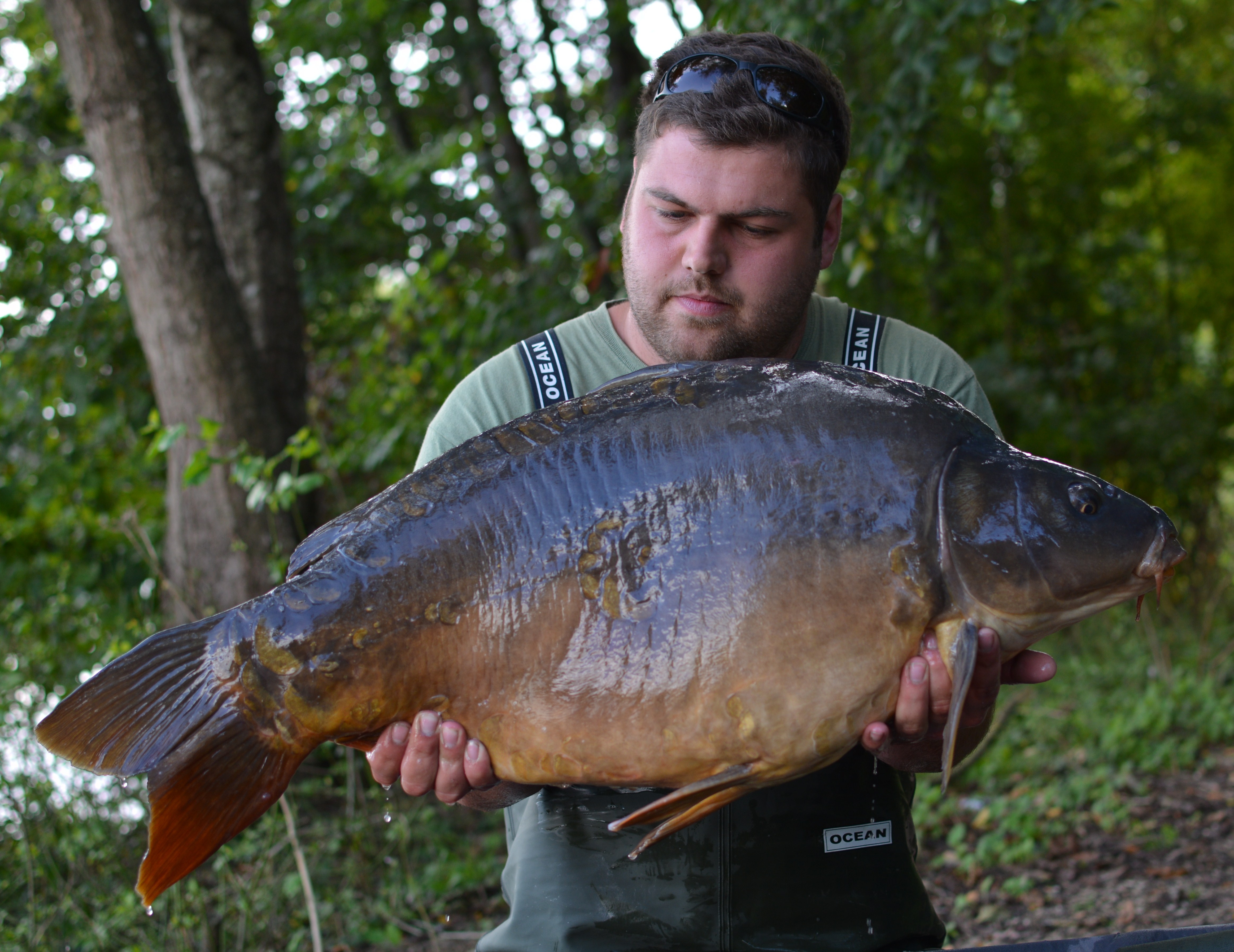 Come the end of the week I had landed 18 fish comprising of an 82, 2x 55lb commons and a 50lb mirror. With 40s and 30s to back these up I managed top rod for the week. An amazing venue that I will soon be returning too in the hope of tripping up another Les Teillatts A team member. 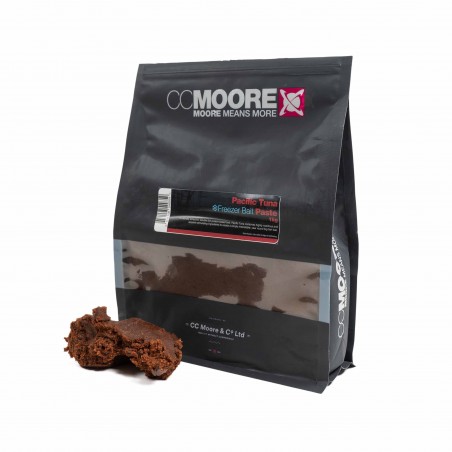