I arrived at my chosen lake on Wednesday, after work at around 6pm and spent several hours just walking the venue and watching the water for any signs of fish. It got to 11pm and I hadn’t seen a thing, so I decided to set up in an area that fish had been visiting in the hope that one would turn up. Consequently, I fished three singles at range. 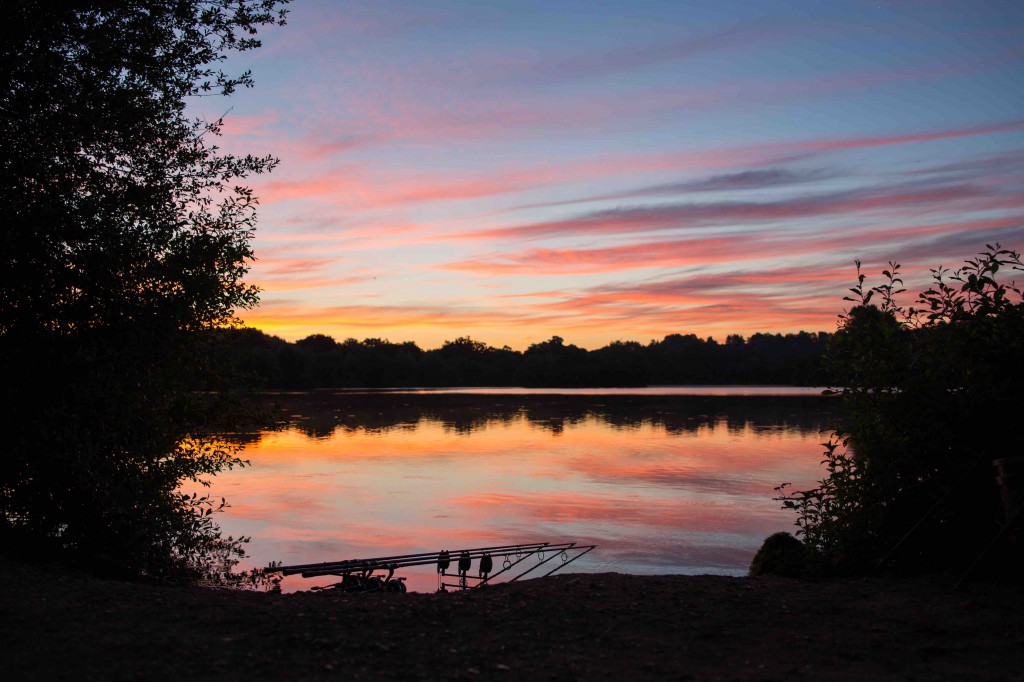 Nothing occurred during the night, but I saw a fish show in the morning, so I decided to move next door to the already occupied swim and prayed that the fish would move down in the wind and onto me. As a result, I introduced a kilo of Pacific Tuna onto a spot I’d fished previously and presented 3 rods onto it nicely. 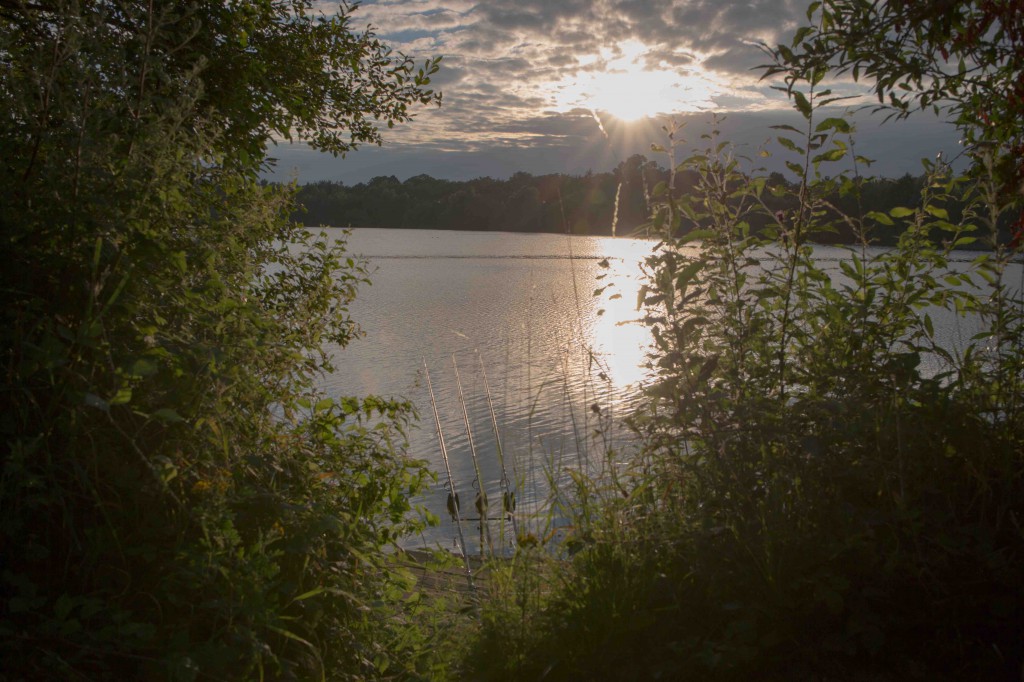 The Thursday morning was very sunny and it was getting hot by 8am, but the bobbins remained motionless. A friend and I decided to scan the water whilst drinking cups of coffee and we saw a fish show just 50 yards from the far bank. I waited an hour or so for bite time to pass and once again loaded my barrow and started an absolute trek to the far side of the pit!

It turned out that there were a few fish sunning in the big bay, but with 4 other anglers already fishing I decided to have a look elsewhere. After a chat with a couple of mates, I decided to set up in the swim that I had seen the fish show, in the hope that it was passing the swim to enter or leave the bay. On arrival to the swim on Friday, I quickly found 3 spots close in and switched my braided spools over to fluorocarbon, presenting 3 rigs to the chosen spots. 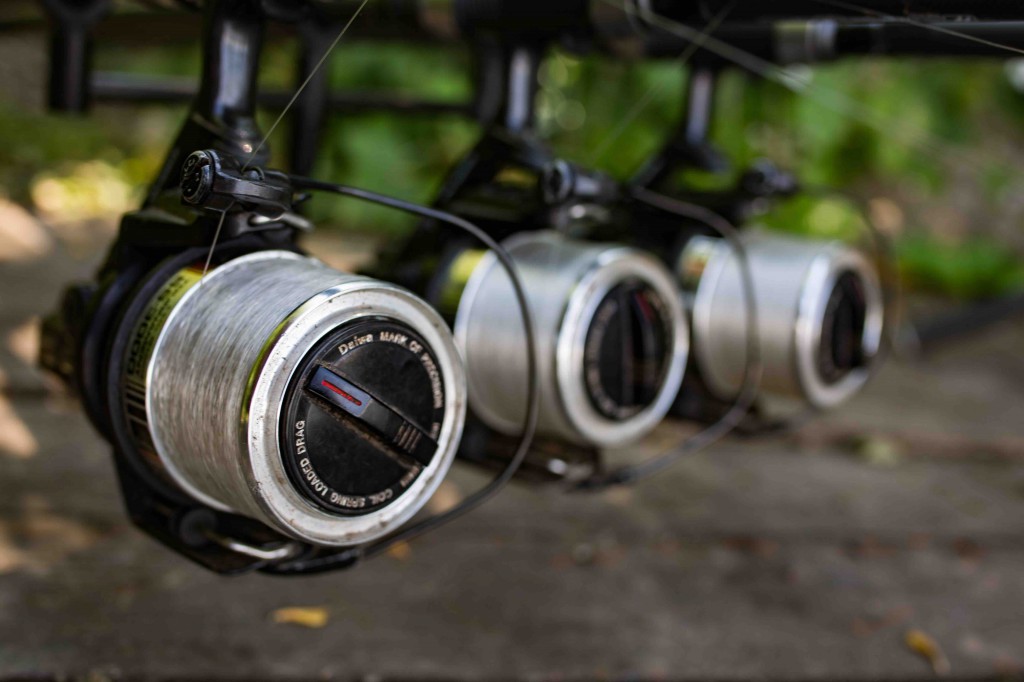 At 12:30am, fish started to roll near my baited spots, but this stopped at around 2am, so I thought that the chance may have passed. However, much to my surprise, at 4am, the middle rod went into meltdown and I had to navigate the dodgy steps down to the rods and bent into a slow-moving fish that put up a good account for itself, eventually ending up in the net. When I peered over and saw a big common I was absolutely buzzing.

I quickly placed her in the sack for a short while and got the kettle on. The common couldn’t resist a Pacific Tuna hardened hook bait, tipped with white corn on a braided D-rig over 2 kilos of Tuna boilies soaked in water, rock salt, Tuna L030 and Red Venom. At around 5am, when it was light enough, I woke my mate up and we weighed her. She tipped the scales to 40lb 4oz which was a new PB for me! We snapped a few pics and got her back to the depths! It’s fair to say I was on cloud 9 for the rest of the weekend! 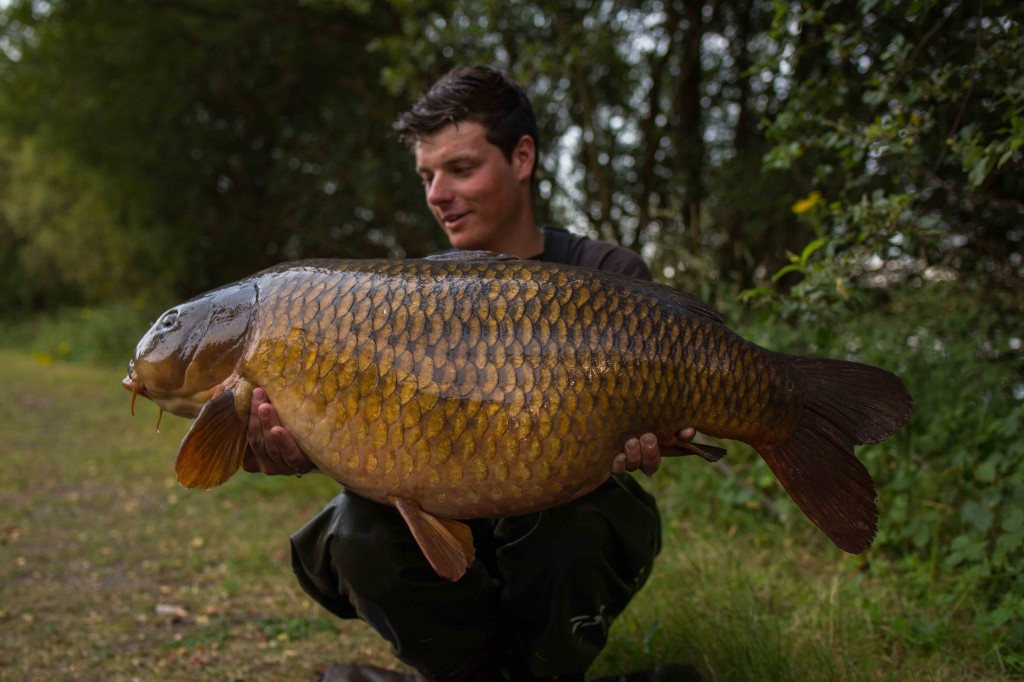